The move comes after Nir Bitton has found himself excluded from recent starting XIs in favour of the Scottish youngster, who broken into the club’s first team last season.

Speaking to Football Insider, the former Scotland international Hutton admitted the 21-year-old had been “unlucky” to find Israeli counterpart initially jumping ahead of him in terms of a pecking order.

“I thought Welsh was really unlucky to not play in the opening games.

“Him coming in for the Dundee game was a huge improvement, and with Starfelt starting to find his feet – there could be a good partnership developing there.

“They’ve got a massively experienced goalkeeper behind them, and they looked solid for the first time this season.

“I think we have seen progress, especially as Ange came in late on.

“He had to work with what he had, and Starfelt was just thrown in for the Hearts game – which was tough.

“It’s been a difficult start but it’s improving game on game.”

Investing in youth could form a part of Celtic’s short-term priorities in line with its long-term ethos and history.

Postecoglou himself declared soon after signing for the Bhoys that he intends to invest in the club’s prospects and placing further trust in Welsh shows Ange’s willingness to come good on his promises.

Should Bitton get more minutes over Welsh? 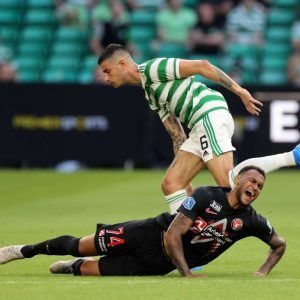 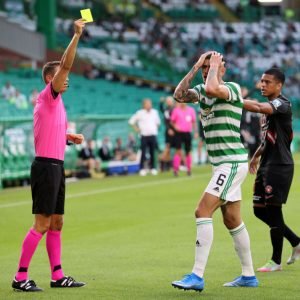 Bitton was send off in Celtic’s 1-1 first-leg UEFA Champions League draw with FC Midtjylland in a misty-red moment from the Israeli and the incident appears to have plagued Postecoglou’s thinking ever since.

As a rotational option at least, Welsh’s displays against Jablonec – including his part in keeping a clean sheet – will go a long way in persuading doubters he can grow into a squad player for Celtic.