Derek McInnes has hailed the rise in stock of St. Johnstone winger Ali McCann, who has been frequently scouted by Celtic as well as numerous English clubs.

The Northern Ireland international is reportedly valued at £3 million by his club and interest could intensify with the likes of Ryan Christie out of contract in the summer.

Few will know McCann as well as McInnes, with the former Aberdeen and St Johnstone manager believing that his former club are in a good position to retain the winger’s services.

The pundit told the Daily Mail:

“Once again, Ali McCann impressed for Saints. The midfielder has two years left on his contract, so St Johnstone don’t have to sell this season unless they get an offer. To maximise the sale, they probably should look to sell in the next couple of windows from a business point of view.

“I’ve taken numerous calls from colleagues in England over the past six months asking about him. I always wax lyrical about him. I think he’s perfect to go and play in England and at a higher level. But he is a St Johnstone player, they have been good for him and it has to be on the club’s terms when he does go.

“It’s a certainty that he will move at some point. His career is going one way.”

The Saints secured an impressive draw against Galatasaray in the first leg of their Europa League qualifier round, but ultimately came unstuck as 5-3 losers on aggregate.

Nonetheless, McCann was a standout performer who managed a pass success rate of 85.7% against Galatasaray in a consistent show of quality from the 21-year-old.

McCann clearly has a bright future ahead of him, despite the Saints’ ultimate undoing against Turkish opposition. 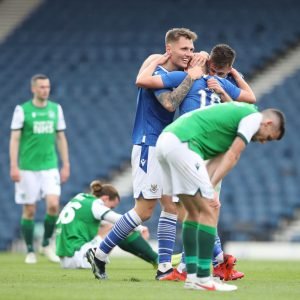 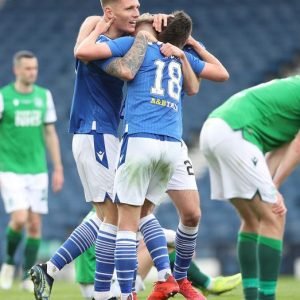 An established international, the regular faith placed in the youngster renders him as a bright, proven SPFL prospect with the potential to improve.

With Celtic potentially needing to replace key players, McCann could be an ideal solution to shore up the Bhoys’ frontline for years to come.