New Bhoy Josip Juranovic has gained some unusual support in the form of Rangers hero Nikica Jelavic, who has advocated for his compatriot as a player who showed shrewdness in moving to Celtic.

Juranovic completed his long-awaited move to Celtic from Polish side Legia Warsaw following their elimination from European competitions, signing a five-year deal with the Bhoys.

The 26-year-old has committed the prime years of his career to the club, solving a key positional headache for Ange Postecoglou in the process.

Previously, Postecoglou could only call upon academy product Anthony Ralston for support at right-back, but depth on the right side of defence no longer appears to be a key issue for Postecoglou’s side.

Jelavic, who played as a striker for Celtic’s arch-rivals between 2010 and 2012, endorsed the right-back’s move to Paradise as the right move at this stage in Juranovic’s career.

As quoted via GlasgowLive, Jelavic said:

“I’m glad Josip signed for Celtic, it’s a very good move for him.

“Celtic and Rangers have always admired players from Croatia and I’m sure there will be many more who end up there. Our players are talented and the Scots love it.

“I think the Scots respect us because we show as much spirit and fight as they do. It all started with Dado Prso who left the biggest mark there, but each of our players in those clubs left a good impression.

“Celtic and Rangers know that signing players from Croatia will be a financially good move for them. Look at Jozo Simunovic at Celtic, who won lots of trophies.”

The clubs agreed a £2.6m fee for the Euro 2020 star and he will now bed in with his teammates before the international break – and could even feature ahead of Celtic’s incoming Old Firm clash with Rangers.

Will Juranovic start against Rangers? 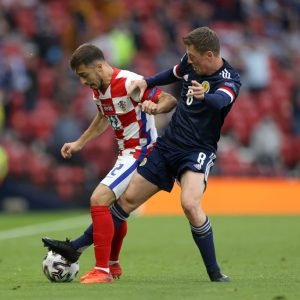 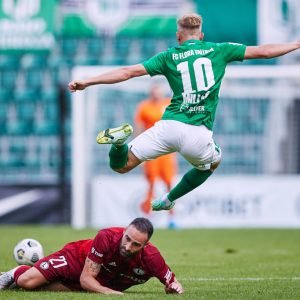 Jelavic’s willingness to stick his neck out and endorse the recruitment of a rival is no mean feat.

Indeed, it should be an encouraging sign for Celtic fans with Juranovic sure to be keen to agitate for a start role as soon as possible.