Superscoreboard pundit Alex Rae has expressed his surprise at the fact that Celtic academy product Anthony Ralston was not included in the Scotland squad for the World Cup qualifiers.

The 22-year-old initially struggled to adjust to the first-team spotlight having been thrust into action as an emergency option.

Rae said on Clyde SSB yesterday evening that he was surprised that Ralston did not get a call-up.

“I think the language Steve Clarke has used he has tried to call-up other people, but because of certain circumstances, he has not been able to bring them in.

“We should be grateful that McGinn has pitched up, because we do need another right-back there.

“I was surprised that Ralston did not get called-up. If you look at the detail and how long it takes to get them into the country, it was practically impossible to call him up.

“When you look at some of the call offs and the protocols it has been a really difficult camp for Steve Clarke.”

Ralston has been capped five times at under-21 level for Scotland and has also featured at under-19 and under-20 level.

He has featured in every minute of every game this season, even chipping in with two goals and an assist in his four Premiership appearances.

Consequentially, he has enjoyed something of a renaissance under Ange Postecoglou, whose faith he is swiftly earning.

He even kept new Bhoy Josip Juranovic confined to the left flank in Celtic’s Old Firm defeat against Rangers in an indication of his growing importance to Postecoglou’s Celtic side.

Whether Ralston can maintain his integral role is a separate matter.

Does Ralston deserve a Scotland call-up? 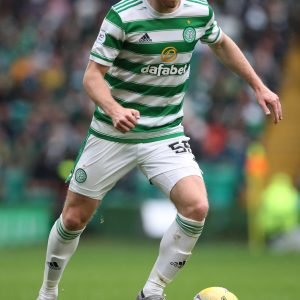 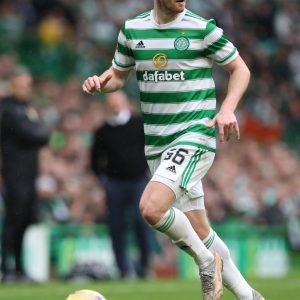 The club brought in dynamic wing-back Juranovic to compete with Ralston, but the club’s failure to add a noted left-back means that there is a chance the Croatia international could be deployed on the left over the likes of Greg Taylor and Boli Bolingoli.

Regardless, Ralston’s redemptive form is a sign for encouragement, and he is unlucky to be out of Scotland’s plans.