Pundit John Hartson has raved about the impact of summer signing Kyogo Furuhashi in Celtic colours following a scintillating start to life in Glasgow.

The 26-year-old Japan international has scored 7 goals and added an assist in just 9 games in all competitions this season and is already proving to be a much-adored figure by fans.

Prior to his summer move, the forward had scored 49 goals and added 18 assists in just 111 appearances in his native Japan and appears to be carrying over his prolific record directly into Scottish football.

Furuhashi, typically deployed centrally by Ange Postecoglou, found himself on the left wing in Celtic’s narrow 1-0 Old Firm defeat and there remains much work to be done in terms of mounting a campaign to regain the Premiership title.

“There is no doubt Celtic have landed someone quite special in Kyogo. His movement is outstanding.

“It was a pity he couldn’t get more involved against Rangers, but when he moved into the central role, he was an absolute menace to their defence.

“Having him gives Celtic a real chance of winning the league this season.

“Ange Postecoglou has clearly identified a gem in Kyogo, and I’m sure there will be lots more to come from in the weeks and months ahead.

“Many new signings have arrived at Celtic Park in the past six weeks, and it will take time for everyone to gel. But they all look positive. It was a tough for them to lose by a single goal at Ibrox. However, there is plenty of time, and many games left, to bounce back.”

Will Celtic win the title this season? 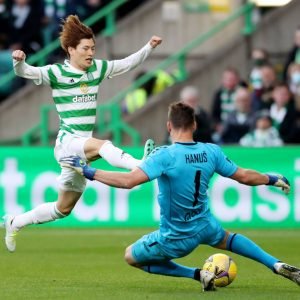 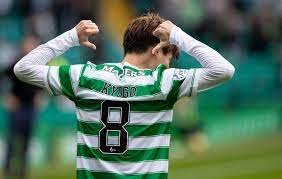 Only time will tell as to how close Celtic really are to regaining the Premiership title, but a raft of new signings spearheaded by Furuhashi’s impact is promising.

The defeat against Rangers was a narrow one, and with 65% of possession in the game against arguably their toughest league opponents is a sure-fire sign of a new-look side successfully gelling.