Former Celtic star and pundit Chris Sutton has taken to social media to poke fun at the Premier League after ex-Bhoy Odsonne Edouard got off to a stunning start to life in the English top flight.

Following his deadline day move to Crystal Palace, Edouard had a debut to remember after then-league leaders Tottenham Hotspur were demolished in a 3-0 win inspired by a brace off the bench from the former Celt.

Edouard made his league and club debut on the 84th minute before scoring after just 28 seconds, making history as the fastest debut goalscorer in the Premier League to date.

Twitter: 28 – Odsonne Édouard’s goal 28 seconds after coming on as a substitute for Crystal Palace was the fastest goal scor… https://t.co/NIc5oiriOC (@OptaJoe)

To compound the misery for Spurs – adding to his jaw-droppingly clinical debut in the process – Edouard notched up a brace against 10-man Spurs in extra time.

A creative passage of Palace play saw summer signings Conor Gallagher and Michael Olise linking up with the former Celtic star who fired past World Cup-winning goalkeeper Hugo Lloris with aplomb after finding himself unmarked in the box.

Sutton took to Twitter to praise the former Celt for his lightning-quick adjustment to the English top flight, ridiculing the Premier League in the process.

Twitter: Edouard making a mockery of the best league in the world

Celtic fans may be left unsurprised by Edouard’s swift impact at Palace. With 89 goals and 39 assists in 179 appearances for the Bhoys, his contributions in green and white were significant.

Will Edouard thrive at Palace and hit double digits this season? 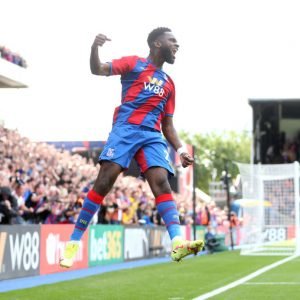 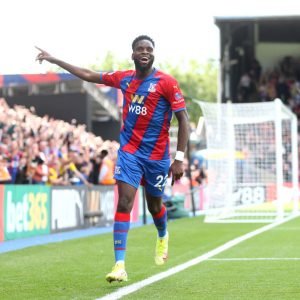 Palace will feel that £15 million, rising with add-ons, is good business for a prolific scorer whilst Celtic enjoyed a commendable fee for a player who was out of contract next summer.

If Edouard’s form continues, Celtic can expect to earn those add-ons in no time – whilst Sutton’s comments will bring a wry smile to fans amused by his underhand comments.