One-time Celtic fan favourite Odsonne Edouard got off to a scintillating start to life in English football following his deadline day move to Crystal Palace.

His new club stunned then-league leaders Tottenham Hotspur in a convincing 3-0 win that was buoyed by a brace off the bench from the former Celt.

Edouard made his league and club debut on the 84th minute with the Eagles 1-0 up thanks to a Wilfried Zaha penalty with Edouard finding the net just 28 seconds into his debut.

Zaha shimmied past the left flank of a 10-man Spurs side neatly crossing to the former Celtic star, who slotted an accurate shot into the bottom corner beyond goalkeeper Hugo Lloris.

Having scored so quickly after coming onto the pitch, Edouard made history as the fastest debut goalscorer in the Premier League to date.

Twitter: 28 – Odsonne Édouard’s goal 28 seconds after coming on as a substitute for Crystal Palace was the fastest goal scor… https://t.co/NIc5oiriOC (@OptaJoe)

Capping off a fine display, Edouard continued to stun jubilant onlookers at Selhurst Park by notching up a brace on his debut in extra time.

He found himself unmarked in the box after a creative passage of play before firing into the top right corner with clinical aplomb to round off a victory for his new club, endearing himself to the fans in the process.

Edouard subbed on for debut

Celtic fans will be unsurprised with such a fine start to life in the Premier League following his £14 million move to Crystal Palace.

Will Edouard thrive in the Premier League? 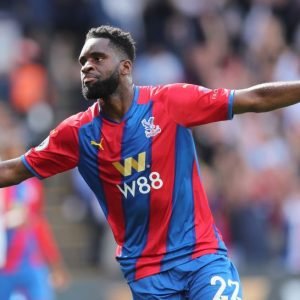 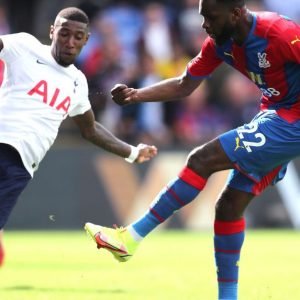 Edouard won three league titles and two trebles at Celtic and was named Scottish Football Writers’ Association Footballer of the Year in 2018-19.

With 89 goals and 39 assists in 179 appearances for the Bhoys, his raw talent at Celtic was undeniable, and his history-making feat is testament to his ability.