Former Celtic icon Frank McAvennie has claimed that Celtic’s recruitment of new strikers has given Albian Ajeti a new lease of life with the club.

The club have brought in a number of forwards over the summer.

Last season’s top scorer in the Dutch Eredivisie, Giorgos Giakoumakis, arrived in Paradise on deadline day while Vissel Kobe forward Kyogo Furuhashi joined earlier in the window and has already taken to life in Glasgow.

In terms of outgoings, the club needed to replenish their forward options following the departure of Leigh Griffiths on loan to Dundee F.C. whilst talismanic forward Odsonne Edouard went to Premier League club Crystal Palace on deadline day.

Ajeti scored his first goals for the club since February against Ross County in the league, and McAvennie has backed the continued competition to raise Ajeti’s game.

Speaking to Football Insider, the former Celtic and pundit claimed:

“When there is new competition, people up their game and push themselves.

“If he carries on like that he will score goals. Giakoumakis has come over and Kyogo is there as well.

“Those arrivals have clearly given him a wee kick up the backside. He will be getting pushed in training. That can only be good for Celtic.

“He said at the weekend ‘give me games and I’ll score’, that’s all well and good but I’m 61 and I could still score for Celtic.

“If he stays fit and does what Postecoglou says he will score goals.

“I thought he would go this summer so to see him scoring is brilliant.”

Will Ajeti hit 10 goals this season? 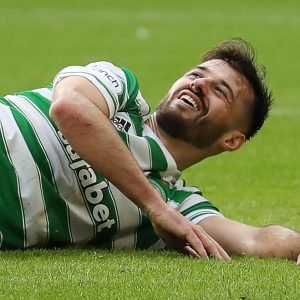 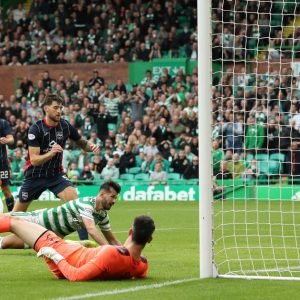 Having extra options despite some high-profile names leaving the club is no hinderance to Ange Postecoglou, who can prepare for upcoming games with certainty safe in the knowledge that his squad is locked in.

As for Ajeti, he was trusted to perform and duly delivered. Ange may continue to utilise him after his scoring escapades and there are signs for encouragement from the hitman.