The former Toulouse defender scored the only goal of the game to wrap up a crucial win for the Bhoys, ensuring ten-in-a-row in terms of League Cups for Celtic.

Celtic’s no. 2 scored just before the 60-minute mark after a floated cross from Odsonne Edouard met the bulwark with masterful accuracy before Jullien poked home with an outstretched leg.

Popular Celtic fan page Everything Celtic (@aboutceltic) took to Twitter to share footage of Jullien’s celebratory knee slide following his goal, in which he skidded effortlessly across the surface of Hampden Park as he ran over to jubilant Celtic fans in the crowd.

“That knee slide by Christopher Jullien isn’t spoken about enough”, claimed the page before accompanying the statement with a fire emoji in reference to the inspiring moment from the centre-back.

Celtic’s no. 2 has endured a torrid spell out with a serious injury, leaving the likes of Carl Starfelt and fellow new Bhoy Cameron Carter-Vickers to fill in as a result of his absence.

His return will offer a greater breadth of option to Ange Postecoglou, though when Nir Bitton is added into the mix Celtic nonetheless boast a number of viable options at centre-back.

Will Jullien be remembered as a club legend? 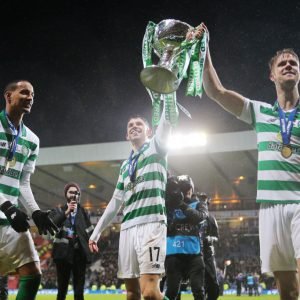 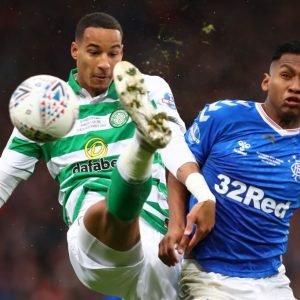 Despite conceding a penalty and a number of quality chances from arch-rivals Rangers in the final, Celtic came out with a victory and a clean sheet thanks to all-round heroics.

Jullien’s goal is undoubtedly a history-making act and the highlight footage of his goal and celebration will live long in the memory of ardent fans.