Former Premier League goalkeeper and pundit Paddy Kenny has endorsed Callum McGregor’s leadership and aptitude for captaining Celtic, claiming it was no surprise to see him handed the Scotland armband.

McGregor had the lofty task of stepping up as vice-captian to replace the outgoing Scott Brown, who led his side out as a legend of the club for season upon season.

He left the club on a free transfer over the summer to undertake a player-coach role with Aberdeen, paving the way for the Celtic academy product to ascend to the captaincy.

McGregor also took the armband after Andy Robertson was subbed off in the 1-0 World Cup qualifier win over Moldova on 4 September, temporarily taking charge as a leader for his country in the process.

Speaking to Football Insider, Kenny offered his thoughts on McGregor’s ability to uphold the mantle of the captaincy:

“It’s an honour to captain your team and your country.

“He is that focal point in the dressing room. I’m sure he has matured a lot quicker as a result.

“Now, he has got to take responsibility for his team and for those younger players. It seems like he has changed in that respect.

“What better honour than to be captain of Celtic and Scotland at the same time? There aren’t too many people who can say that.

“I’m sure it’s something he will relish and buzz off. He’s clearly doing something right.”

Being afforded the captaincy for both club and country is an extraordinary feat and is a fine testament to McGregor’s character on and off the pitch.

He is clearly trusted by both Ange Postecoglou and Steve Clarke to demonstrate the composure, maturity and decisiveness that any good captain should wield.

Aside from the honour entailed, Kenny is right to point out the maturity aspect of the role. 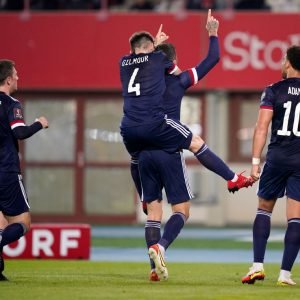 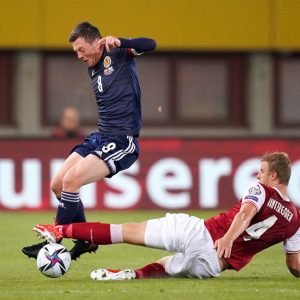 Captains often take on a pastoral role, and Celtic and the Scottish setup alike will hope to continue to be beneficiaries of his mentorship towards greener faces in the dressing room.

Celtic fans should be proud of their club-grown talent for the player and man he has become.