One popular Celtic fan account has taken to Twitter to stand up for striker Albian Ajeti following some free-scoring heroics.

The Swiss striker notched up a brace in Celtic’s 3-0 Premiership win over Ross County and added his third goal in two games to open the scoring in Celtic’s unfortunate 4-3 defeat in the Europa League against Real Betis.

The former Basel and West Ham striker has previously struggled to make an impact in the green and white Hoops, having scored just 9 goals and added five assists in 38 Celtic outings.

With three of his goals coming this season, his record is far from prolific but encouraging signs are there.

Deputising for the injured Kyogo Furuhashi, however, has done Ajeti no harm following the first signs of a small renaissance under Ange Postecoglou.

That has prompted popular Celtic fan page Everything Celtic (@aboutceltic) to take to Twitter to defend the hitman against his critics:

“Ajeti scores a double & still gets stick from the support”, commented the page.

“Fast forward to our first EL Group Stage tie & he bags his third in two matches. You absolutely love to see it.”

Twitter: Ajeti scores a double & still gets stick from the support.

It may be time for those unconvinced by the striker to get off Ajeti’s back until worrying signs creep back into his game, if at all.

Does Ajeti deserve to keep his spot? 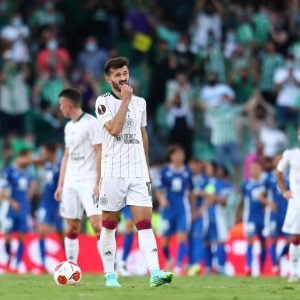 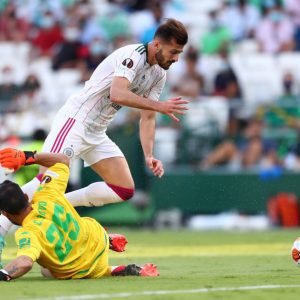 His run in recent games are indicative of the trust being placed in him by new Celtic boss Ange Postecoglou, and to find himself starting ahead of new signing Giorgos Giakoumakis is a tremendous show of faith.

With an impressive short-term glut of goals to his name, there’s no reason to suggest he deserves to be dropped at present.