Owen Hargreaves has raved about the performance of new Bhoy Jota, despite Celtic narrowly losing 4-3 to Real Betis in the Europa League group stages.

Jota joined the Bhoys on a season-long loan deal late on in the transfer window, with the 22-year-old winger handed his second start for the Bhoys in Seville.

He operated in a makeshift front three consisting of himself, Albian Ajeti up front and academy product Adam Montgomery coming in on the left wing.

He added two assists to his game, including for Ajeti’s opener, and looked to be a consistent threat against the La Liga side.

That prompted former Bayern Munich and Manchester United man Hargreaves to praise Jota’s performance after Thursday night’s affair as he spoke as a pundit on BT Sport.

“I’ll tell you what, Jota was a handful all game, terrific. Step overs, trickery, bit of pace. Puts in a perfect ball for Ajeti,” Hargreaves said [via TBR].

Jota’s tenacious and incisive performance was one to be proud of and whilst he has yet to score for Celtic, it is early days and fans could yet be on the cusp of seeing his first goal in green and white.

His flair and trickery offers a fresh avenue to Celtic’s attacks and could prove to be a vital dimension to future offensive phases with the likes of Liel Abada and James Forrest absent.

Will Jota hit 10 goals this season? 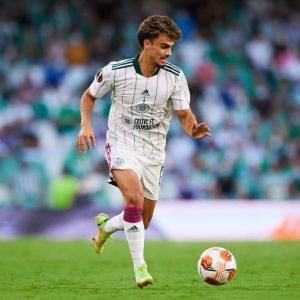 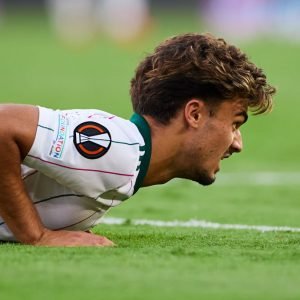 Add in the absences of the likes of Callum McGregor and Kyogo Furuhashi and the squad looks barebones and devoid of some higher-profile names.

Jota has proven he has the capability to step up and bridge the gap, looking to be a shrewd and relentless acquisition in the process.