One loyal Bhoy has pulled off an audacious move to watch Celtic play in person during a trip to Seville.

As documented by the Daily Record, lifelong Hoops fan Paul Byers from Renfrewshire made the journey to Seville like many ardent Celts – but without a ticket to watch Real Betis take on the Bhoys on home soil.

He blagged his way into a lift to the stadium from fellow fans before infiltrating the stadium, hiding in the first room he could find – the ladies’ toilets – for hours on end in order to sneak into the game.

As shared by the Record, the fan toom a selfie in a cubicle and propped his feet up against the toilet door so as not to alert others to his presence as he holed up in a lavatory.

Just to confirm the big question of whether Paul was successful for not, the punter photographed the inside of the Benito Villamarin Stadium to confirm he made it in.

Were you ok with Celtic's performance? 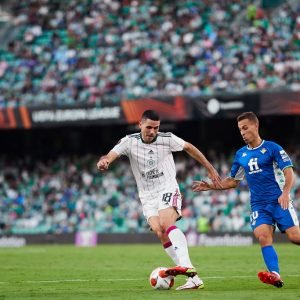 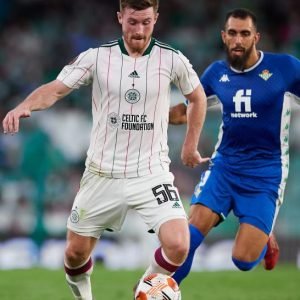 Paul was ultimately sent away from Seville disappointed with the Bhoys succumbing to a 4-3 defeat, but there was a glut of goals for Ange Postecoglou’s side who can nonetheless be proud of elements of the performance.

Offensively, Celtic put out a real show and Paul’s tale is certainly one of the more amusing left-field tales to emerge from the European clash.