One Celtic fan account has unleashed a damning fact upon the club following Celtic’s narrow defeat away against Livingston.

A twenty-fifth minute goal was all it took to sink the Bhoys who have now lost six of their seven games on the road under Ange Postecoglou.

With the Australian tactician firmly entrenched within the Celtic driving seat, addressing the abysmal away record at Celtic is becoming an increasingly pertinent issue that requires a line to be drawn under sooner rather than later.

For David Martindale, it was the first win of the season for his Livingston side as the narrow win dragged the Lions away from the bottom of the table.

Celtic made a number of changes from their Europa League defeat against Real Betis, enforced through several absences and a need to rest players.

The likes of James McCarthy and Boli Bolingoli made rare starts for the Bhoys this season, with one returning player coming back into the fold in Israeli new Bhoy Liel Abada.

Partnering striker Albian Ajeti and new winger Jota on the left, Abada’s creativity was not enough to contribute to a goal for a Celtic side that fired blanks against Livingston.

As shared by popular Celtic fan account Everything Celtic (@aboutceltic) on Twitter, the Bhoys have not won away at Livingston since Abada was five years old in a startling statistic that renders the Lions as something of a bogey team for the Bhoys.

Will Celtic improve their away form soon? 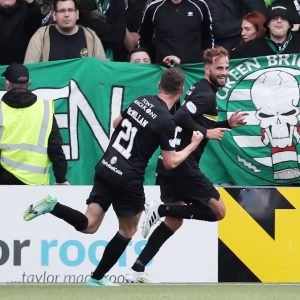 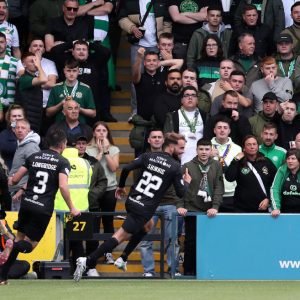 The stat makes light of a wider away form issue.

For whatever reason, Celtic are prone to dropping points on the road – something that could yet haunt the club for weeks to come.