Glen Whelan feels that Celtic have found another Scott Brown to act as a leader in the dressing room with the signing of goalkeeper Joe Hart.

The new Bhoy joined the Celts from Tottenham Hotspur for a fee of £1 million, with the 75-cap England international falling well down in the pecking order in north London.

Consequentially, the experienced shot-stopper was available and Celtic acted to bring him in. He has since started in every possible game under Ange Postecoglou in a sign of instant faith in the Englishman’s dependability.

Hart’s most recent outing came in Celtic’s 1-0 away defeat to Livingston, and Hart made sure to shoulder media duties and went over to thank the travelling fans for their support despite the disappointing result.

Partially as a result, former Livingston and Aberdeen striker Whelan claimed Hart could be the new Scott Brown figure at Celtic, injecting leadership into the dressing room.

“He came in for his experience and what he’s done in the game”, Whelan told Football Insider.

“That is why he is there, to be that leader on the pitch. You can’t question or complain about that decision.

“Look at what he’s done is his career. He was that voice in the dressing room and if those younger players will listen to anyone, it’s him. He’s a leader.

“He is massive in the dressing room. I think they have missed that character since Scott Brown left.

“Brown had bags of experience and was the beating heart of that Celtic team. It looks like Hart is now taking that role, someone had to.

“I’m sure no one grumbled or complained over the decision to name Hart as captain. You don’t have to have been at a club for years to inspire people.”

Callum McGregor was named as captain in the wake of Brown’s departure as the former deputy to Brown, which is no issue given the midfielder’s long association with Celtic and as a leader.

However, that alone does not restrict more integral figures from stepping into the limelight.

Is Hart a natural leader? 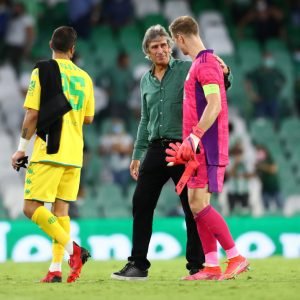 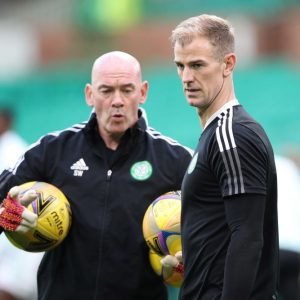 An experienced international that has featured at the highest level for clubs and country, the former Torino and Manchester City man is well-versed in the demands of elite football.

He can help to mentor others off the pitch whilst adding his organisational voice and experience to the back line. In that sense, he is a natural leader.