Celtic fans have been dealt a mild consolation after their side were held by Dundee United to a 1-1 draw.

Liel Abada’s early goal was cancelled out when an Ian Harkes header was rifled home just two minutes after the Bhoys broke the deadlock.

The result has left Celtic languishing in sixth place, some six points behind arch-rivals and title-holders Rangers.

However, whilst on-field matters have staggered, Celtic fans have been dealt some positive injury news after it emerged that Giorgos Giakoumakis could make a debut versus Aberdeen as he returns from injury.

Giakoumakis sustained a muscle injury just before he was due some game-time ahead of Celtic’s 3-0 league cup win over Raith Rovers, though the injury news is not as bad as first feared.

Celtic podcaster, YouTuber and writer John McGinley (@jhnmcgnly) took to Twitter to update supporters with the latest on the Celtic injury situation.

“The calf injury sustained by Giorgos Giakoumakis isn’t as bad as first feared”, noted the commentator.

“He’ll be in Celtic training this week at Lennoxtown ahead of a potential debut against Aberdeen on Sunday.”

The news was sourced straight from Ange Postecoglou with the Celtic manager telling the media, as reported by STV, that the Greek international should be back in training this week.

Celtic are suffering from an injury list that is skyrocketing at an alarming rate.

Against Dundee, Josip Juranovic and James McCarthy both took knocks in the first half to add to the ongoing injury crisis emerging at the club.

Will Giakoumakis be fit to face Aberdeen? 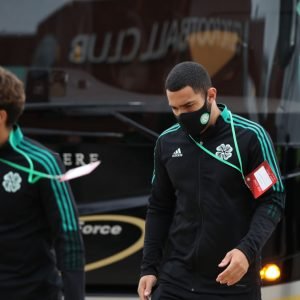 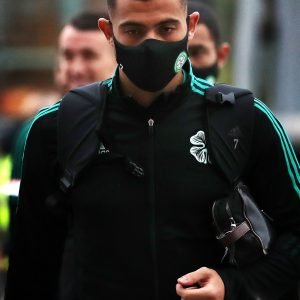 Joining the duo are club captain Callum McGregor, top scorer Kyogo Furuhashi as well as Scotland internationals James Forrest and Greg Taylor at both ends of the pitch – and that is not an extensive list.

Giakoumakis’ return should ease the pressure on Albian Ajeti to deliver in front of goal, and his return cannot come soon enough.