The Swedish international was announced as a new arrival just after Kristoffer Ajer’s departure to Brentford was confirmed, with Starfelt signing a deal running until 2024.

The Swede initially looked to be a promising acquisition as a progressive ball playing defender. He boasts the highest passing accuracy in the Russian league with an impressive 91.4% rate last season in evidence of his ability on the ball.

Costing just £4.2 million, Celtic made a healthy profit following the deal worth £13.5 million to sell Ajer, but Starfelt has struggled at times in green and white.

Provan said on the Go Radio Football Show [via Inside Futbol]:

“I just started worrying about him from day one, the first European game when he was caught with the ball over.

“They talked about Shane Duffy getting caught under the ball last season, Starfelt was exactly the same.

“I know he is right-footed playing on the left side but what was it, £4 million they paid for him?

“For that money, you are looking for a player on who you can hang your hat on and who can go straight into the team and improve it.

“I don’t think he has necessarily done that.”

With the former Celt pointing out his record of being caught on the ball, Starfelt has let himself down at times after taking one risk too many on occasion.

Will Celtic one day get the best out of Starfelt? 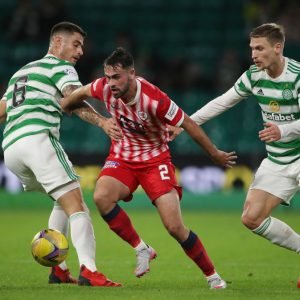 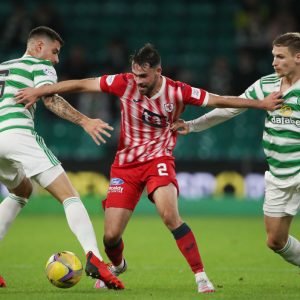 In that view, the maligned Brighton defender who endured a torrid time on loan with Celtic last season is an unwanted comparison, and yet it looks as though both bulwarks are guilty of similar offences.

With Starfelt set to stay for the long run, there is still plenty of time to rehabilitate the Swede and coach him up to scratch.