Celtic duo Tom Rogic and Kyogo Furuhashi went viral after the two Celts faced off against each other on the international stage.

Featuring for arch-rivals Australia and Japan respectively, it was the latter who stole the show for his role in a last-gasp winner to keep Japan’s hopes of automatic World Cup qualification alive.

A gilt-edged chance was squandered by the versatile Celtic forward, but Furuhashi ultimately proved to be the hero when some superb pressing and pressure forced an own goal from Australia’s Aziz Behich.

Australia remain top in Group B with nine points after four games but Japan are three behind the Australians and Saudi Arabia.

The first two finishers in the group will automatically qualify for Qatar 2022, while Kyogo’s country face a play-off with the other third placed finishers in Group A at present.

Irrespective of the current position, however, Kyogo’s effort kept Japan front-and-centre in the race for guaranteed qualification.

Many Celtic fans took to Twitter to share photos and footage of the duo during the clash together, with many finding amusement in the two Celtic teammates squaring off against each other.

Will Kyogo continue to score frequently for Celtic? 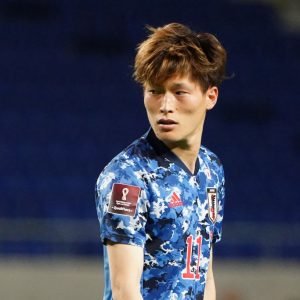 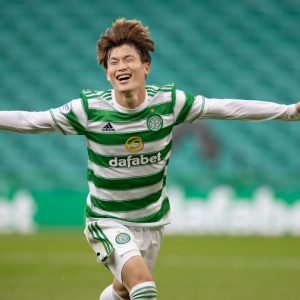 The clash between Celts is certainly something to be admired, although there was little in the way of individual battles between the two competitors.

Regardless, seeing Kyogo star for his country is a positive sign as he continues his comeback from injury.