One intrepid Celt has gone viral for a time-lapse drawing of a Celtic hero in Lisbon Lion Stevie Chalmers.

Chalmers scored arguably one of the most vitally important goals in The Bhoys’ history when he turned home a Bobby Murdoch shot into the net to wrap up a historic one-of-a-kind European triumph for the Bhoys.

Fifty years on from continental success with the Bhoys, Chalmers is still a cult hero among the Celtic faithful and his name forever remains etched into a green-and-white tapestry of Celtic history.

The storied player unfortunately passed away in 2019, but his name is fondly remembered and celebrated to this day.

Indeed, Celtic fan and sketch artist Stuart Beaton has produced a fantastic drawing of the goal-scorer with a time lapse video capturing the stages of the drawing in honour of the player.

As for Chalmers’ own career, he joined the Hoops in 1959, just as the Bhoys entered a period of turbulence but took full advantage of Jock Stein’s arrival in 1965 to form part of an unexpectedly successful nucleus of cult Celtic heroes.

Is Chalmers a Celtic legend? 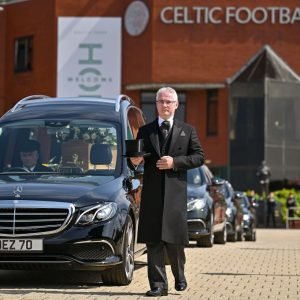 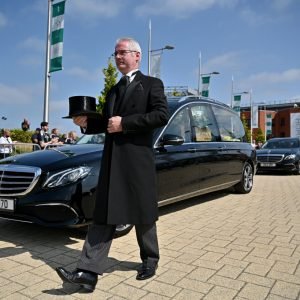 The artistry on display showcases an impressive amount of slick skill and is a fine and fitting tribute so such a well-known Hoops hero.

Beaton should be proud of his work that has gone on to capture the hearts and imaginations of so many as he harks back to a bygone era of Celtic success.