Former Celtic striker Darren Jackson is surprised that the Bhoys did not put in a summer bid for Australia-born Scotland star Lyndon Dykes.

Dykes signed for English side QPR in 2020, whilst Celtic instead opted for West Ham flop Albian Ajeti – paying more than QPR did for Dykes – with Dykes having gone on to star in the Championship and for his country.

Although born down under, Dykes was eligible to star for Scotland on the international stage and has gone on to do just that, managing to score in consecutive World Cup qualifying games for Scotland.

With 4 in his last 4 games for Scotland [via Transfermarkt], the Australian-born ex-Livingston striker has proven his capabilities for his country. For QPR, his record remains reasonably prolific too – in the Championship with QPR, he has scored 16 goals in his 53 outings for the R’s.

Darren Jackson, speaking to Sky Sports, is confused by Celtic and Rangers’ decision not to move for the striker.

“I raved about him when I went to watch him at Livingston. I was surprised he didn’t move to one of the Old Firm, but they chose not to take him and he’s gone down south.

“You see the two goals he’s scored, getting across people, he’s mobile in the box as well. He doesn’t just stand as a big striker, his movement in the box is good. I think he’s a fantastic player.”

Did Celtic miss out on Dykes? 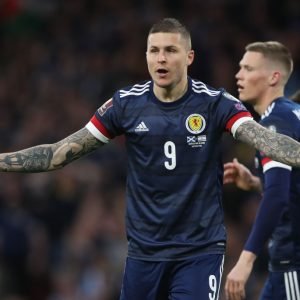 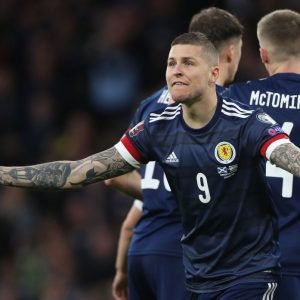 As both consistent and home-grown, Dykes would have been an attractive proposition who has proven he can cut it for club and country.

Instead, the burden is on the likes of Giakoumakis and Furuhashi to continue their form (in the case of the latter) or to step up when given the chance for the former, in order to nullify the opportunity cost of letting Dykes slip.