This comes after the 26-year-old told Japanese outlet Number Web that impressing for the Hoops could ‘open that path’ for a move to the Premier League.

Speaking to Football Insider, Agbonlahor suggested that the Hapan international was ill-advised to make such remarks.

I don’t think he should say that. They’re the sort of things that you keep to yourself and you don’t mention. You might say it to your agent or your close friends. But you don’t say it in interviews because it’s disrespectful to Celtic. I’m sure he’ll get told about doing that and that he should apologise. You’ve got to be respectful about Celtic because you’ve only been there a minute. Don’t get carried away by a few good games and start talking about the Premier League. Just concentrate on doing your best for Celtic and winning the title back for them.

So far this season Kyogo has scored eight times and provided one assist in 11 appearances as a Bhoy.

Ultimately it’s a reality that many foreign arrivals to the Scottish Premiership will use the league as a stepping stone for a move south of the border.

Was Kyogo Furuhashi The Signing Of The Summer? 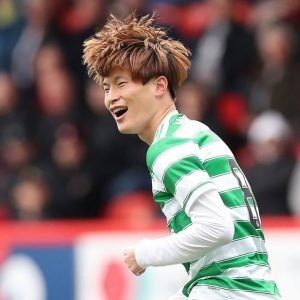 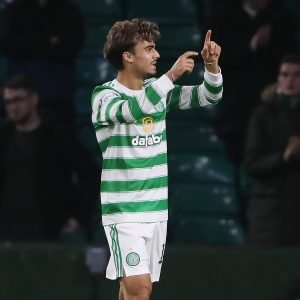 However, Agbonlahor is right to call out the timing of the claim, having only been a Celtic player for a matter of months.

More goals, assists and perhaps a title victory will likely be required before the 10-cap Japanese ace receives the blessing of the Hoops’ faithful to move.