AC Milan and former Chelsea and Arsenal striker Olivier Giroud has spoken of the time he almost joined Celtic, back when he starred for Montpellier in his native France.

As noted by popular Celtic fan account Everything Celtic (@aboutceltic) on Twitter, Giroud was dissuaded from joining after hearing the Montpellier club owner talking down of the Scottish Premiership.

Quoted by the page from the Scottish Sun, Giroud claimed:

“I felt invincible that season. I scored 23 goals in 40 games and was the top goalscorer.

“I won the Ligue 2 Player of the Year trophy and my salary increased to €15,000 per month.

“The phone started ringing and several clubs were interested in me. Montpellier and Monaco, but also Celtic and Middlesbrough.

“My preference [at the time] is Celtic and their legendary stadium, with its 60,000 capacity, is the stuff of dreams. I could already see myself there.”

Bizarrely, a call with the Montpellier owner badmouthing Kilmarnock made him change his mind and dissuaded him from making the move to Scotland.

Then-Celtic boss Tony Mowbray flew out to watch him and the Hoops looked to have sealed a deal following a positive spell with Tours, but influence elsewhere looks to have been behind a deal collapsing.

One that got away.

Would a young Giroud have thrived at Celtic? 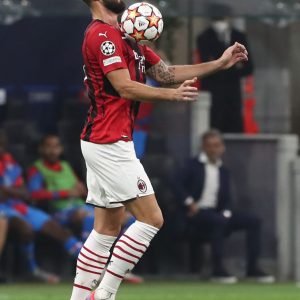 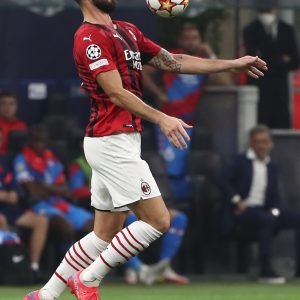 Giroud is undoubtedly a legend of the modern game and Celtic fans may be rueing the missed chance by the club to secure the experienced France hitman’s signature.

Hypotheticals are not to be fawned over, but some Celtic fans may nonetheless be left salivating at the prospect of Giroud honing his craft in the green and white Hoops of Celtic.