The 22-year-old was in inspired form as the Bhoys picked up their first points in Group G of the Europa League.

Turnbull was at the heart of everything for Ange Postecoglou’s side and played a major hand in forcing the ball over the line to make it 2-0 at Celtic Park.

Speaking to Football Insider, Hutton suggested that the Hoops are finally starting to get the best out of the former Motherwell star.

I think it was a difficult period for all the players, not just him. A new manager coming in, a new philosophy, a new style of play. It’s going to take players time to adapt to that. He’s finally settling in. We know how good a player he is. I always thought Ange Postecoglou coming in would build his team around the likes of Turnbull and McGregor. He’s starting to feel at home, he looks a Celtic player, his chest is puffed out, he wants the ball. His strike (v Motherwell) was phenomenal. Two keepers in the goal wouldn’t have saved that. We’re really seeing the best of him. It was always going to take time for things to settle down.

Signed in a deal that could eventually rise to £3.25milllion (BBC), Turnbull has so far scored 16 goals and registered 11 assists as a Celtic player.

This season the three-cap Scotland ace has directly contributed to 10 goals in 20 outings.

Aged just 22, Turnbull still has plenty in the way of development ahead of him and the Hoops can be excited by the prospect.

Have You Been Impressed By David Turnbull This Season? 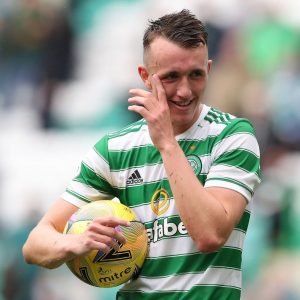 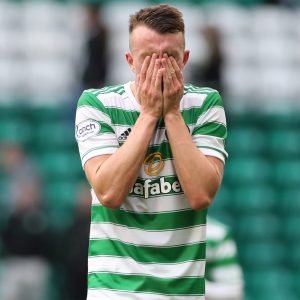 Seemingly improving all the time, the ace has already seen a rapid rise in market value since making the move to Glasgow.

Very much an attacking-minded operator, all of Turnbull’s attributes lend themselves to playing alongside a top-quality defensive midfielder – a role perhaps vacated by Scott Brown in the summer.