The French enforcer was recently snapped sporting Celtic gear in a local Swansea gym on Instagram despite featuring for the Swans in the EFL Championship.

With Celtic refusing to take the extra year option in his contract, Ntcham left Parkhead in the summer after a largely fruitful four years at the club lined with trophies for a nominal fee.

He was snapped working out in the boxing ring with trainer James Todd taking part in a ‘pads session’ – presumably working on his cardio and upper body fitness with some punches.

Ntcham made 147 appearances for Celtic and won 9 trophies during his spell in Glasgow, with a goal and assist for the Swans already in eight outings this season [Transfermarkt].

He will be remembered infamously for his disastrous spell on loan to Marseille last season – a chain of events that indirectly led to former manager Andre Villas-Boas resigning from an already-disharmonious club.

How his Celtic spell ended is regrettable and it is unclear as to what the predominant factor in his career stagnating under Neil Lennon truly was – be it his attitude, his relationship with the manager and so on.

Yet at Swansea, he has a distinct opportunity to revitalise his career and to prove his quality in another competitive league in south Wales.

Will Ntcham thrive at Swansea? 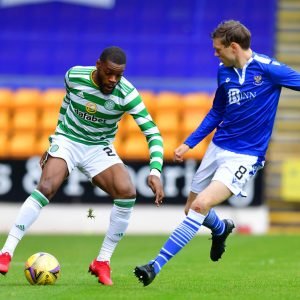 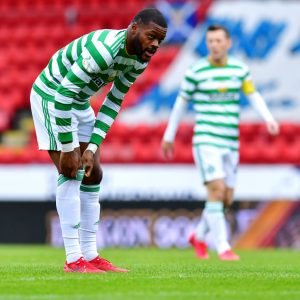 Celtic fans certainly saw plenty of quality in his opening two seasons, and hopefully he can push on at the Liberty Stadium.

His Celtic attire at the gym is a commendable touch and he clearly still has plenty of time for Celtic.