Pundit and ex-footballer Alex Rae has singled out Mikey Johnston as a breath of fresh air for Celtic under Ange Postecoglou as he hailed the impact of the winger.

Johnston was on the pitch for close to 30 minutes in Celtic’s 2-0 victory over St. Johnstone on Saturday and was hailed for his impact in the final third of the win.

He is noted for producing some incisive moments and putting in some excellent deliveries for his teammates in a dynamic creative display from the home-grown talent.

“I think he is a great addition, I think they gave him a four-or-five-year contract last time, he has had terrible luck with injuries“, Rae said on Clyde 1’s Superscoreboard.

“I actually like the boy, I think he brings a lot to the table.

“He is one of the guys that can check back into his right foot.

“He put some lovely balls in, he hit the post, but he can also stick to the byline.

“So, when you’ve got that kind of quality – the pace, very direct – I think he can cause problems.

“The problem he has is you have got Jota playing in front of him.

“But, the way Celtic are playing, there is an opportunity even to put Jota on the right hand side and give Mikey Johnston more game time because he is a breath of fresh air. “

Having suffered from a disastrous run of injuries including ligament injuries and fitness issues, there is a feeling that Celtic fans have yet to truly see the best out of the potent attacker at Parkhead.

Can Johnston push Jota for places? 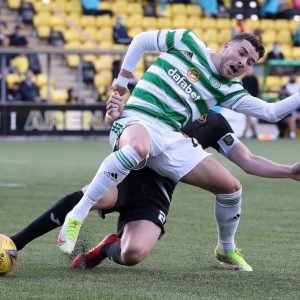 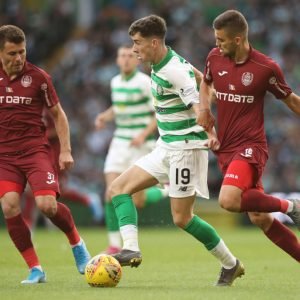 Yet even in his cameo, he has shown the potential to push the likes of Kyogo, Abada and Jota for space on the wings.

He is far from a nailed-on starter ahead of his teammates, but he offers quality in depth that could prove vital going forward for the Celts.