Prolific pundit Charlie Nicholas has revealed his new-found admiration for Ange Postecoglou at Celtic in a stunning U-turn.

Although a boyhood Celtic fan, Nicholas has wasted no time when it comes to critiquing the club with a particular focus on their management and treatment of personnel.

He has been one of his former club’s most vociferous critics in and was particularly scathing of Neil Lennon during his abysmal end to his spell at Celtic.

He also lamented the drawn out process of appointing his successor – one in which Eddie Howe flirted with the idea of becoming Celtic’s new boss for months, only to pull out.

However, Nicholas’ optimism appears to have returned woth the pundit having made the visit to Celtic Park for the first time since Postecoglou took charge of the Bhoys.

Having watched his boyhood side beating St Johnstone 2-0 on Saturday, Nicholas took to his usual column to discuss how he feels Celtic can push Rangers for the Premiership title.

“I became a fully paid-up supporter of Ange Postecoglou’s Celtic at the weekend,” Nicholas wrote in The Express [via Daily Record].

“I was back in the Parkhead stands on Saturday with two of my brothers-in-law for the win over St Johnstone.

“It was my first time in a while after TV commitments and everything else. I have always wanted to get back to the games with all the changes that have happened at Celtic.

“The team is definitely heading in the right direction.

“I had always said it would be October or November before we can really judge Ange.

“I know Ange suggests he only has a Plan A but I do think he has other options in his head. I wanted to see his team for myself and how he is trying to piece all these new signings together.

“I really do think Celtic can squeeze Rangers all the way in this Premiership race.

“I still think that Rangers are favourites but I like what the new Celtic boss is building.

“Rangers are ahead in the table and they also have key players coming back.

“They are more solid and because of that they have the advantage over Celtic.

“But I can definitely see this Celtic team clicking and challenging Rangers. I saw that first-hand at the weekend.

“I admit that defensive strategies and building from the back are not things I am big into. Ange has clearly built from the front.

“I was at the St Johnstone game and it gave me a really good insight.”

Will Celtic win a trophy this season? 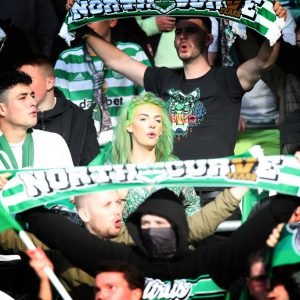 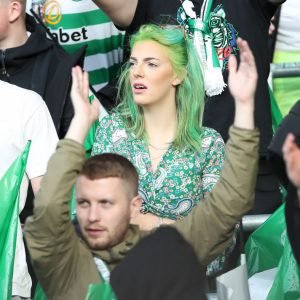 It seems strange that it’s taken this long for Nicholas to convert to Team Postecoglou.

It is almost as if he has not been paying attention to the changes under the new gaffer; in Nicholas’ defence, the Saints win marked his first return to the home of Celtic, and he could be forgiven for not fully soaking in the changes that have been put in place under the new Bhoys boss.