Former Celtic and Scotland ace Frank McAvennie is taking no issue with the confinement of Liel Abada to the bench after an electric start to life at Celtic.

The Israeli then-teenager move to Parkhead straight from the Israeli league in the summer and wasted no time in lighting up Scottish and European football with some commendable attacking displays.

Still just twenty years of age, Abada looks to be a fine prospect at the club but has spent the last two games on the bench for Ange Postecoglou.

In his pre-Hibernian press conference, Ange Postecoglou expressed his fears over potentially “overplaying” the attacker and exhausting him, implying he is set for a more rotational role at Celtic.

The Israel international has made 19 appearances and has already contributed significantly with six goals and four assists in green and white.

Resultingly, McAvennie has no worries over Abada’s future with the club.

“There was an element of resting him, I get that. He needs to manage that squad.

“He looks a wonderful player and when he first arrived he wanted everything.

“There was an early game where he took the ball off Edouard for a penalty and Edouard just went ‘no, that’s mine’.

“That was brilliant and it’s what you want to see from a young player. You can’t buy that desire and hunger.

“He probably didn’t expect to play as much as he has so he will be delighted.

“It’s about managing expectations and keeping him fit because we now have a lot of options in attack.

“They are quality options as well which is just great to see.

“We’re winning without him and that’s important.”

Does Abada deserve to be the first-choice winger? 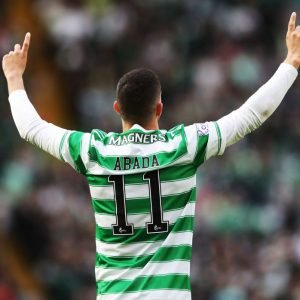 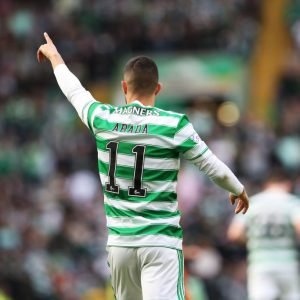 Celtic’s good recent form is no coincidence; the squad’s depth looks to be replenishing amid an intense run of domestic and European games.

Abada can certainly help with that and deputising for the likes of Jota or Micky Johnston is not a hammer blow, as good as the young attacker has been.