Former Celtic and Scotland ace Frank McAvennie has admitted his shock at just how successful Jota has been in his first games for Celtic.

The 22-year-old has made 11 appearances for Celtic since joining on loan from Benfica in the summer and he has played no small part in the club’s recent winning streak.

He has five combined goals and assists in seven league appearances, with a goal in his sole league cup outing and another two assists in the Europa League.

To say he has been impactful almost feels like an understatement, and that was a sentiment shared by McAvennie who thinks the club has found their ‘next Charlie Nicholas’.

“He looks like the next Charlie Nicholas and not just because of the hair.

“I’ve been shocked by the ability he has, he’s doing very well for us.

“The pass he picked out for Kyogo against Ferencvaros sums it up for me.

“I was in the stands telling him to play it, what a pass, incredible. What a headache Postecoglou has now.

“He only plays one striker and he has two top-class forwards to choose from.

“Then there are the other strikers who aren’t getting a game. I would expect Jota to get the nod over the rest of the guys though.

“People will say he’s only on loan but he won’t be on loan for long if he carries on.

“Kyogo sitting just ahead of Jota could be a deadly combination for Celtic.”

Will Celtic end up buying Jota? 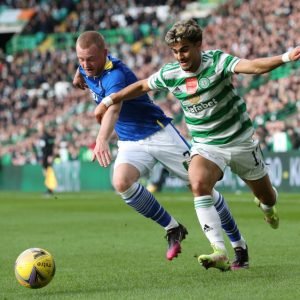 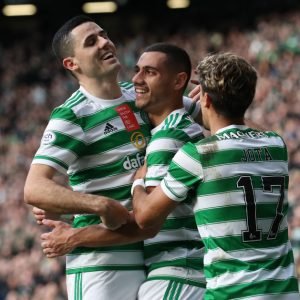 His dazzling, selfless displays have played no small part in buoying the Bhoys to some commanding results and it still looks as though the youngster has plenty to give this season.

The Portuguese forward joined the Hoops on a season-long loan deal from Benfica with an option to make the deal permanent for £6million next summer (Sky Sports), and Celtic look sure to take up that option if his form continues.