Former Premier League midfielder Owen Hargreaves has urged Celtic to sign Jota on a permanent basis at the end of the season.

The 22-year-old joined the Hoops on a season-long loan from Benfica in the summer and has been in impressive form since arriving.

There is believed to be a clause in the deal to make the Portuguese forward a Hoop beyond this campaign for £6.5million.

Speaking on BT Sport in the wake of Ange Postecoglou’s thrilling 3-2 Europa League victory over Ferencvaros, Hargreaves suggested that the club must do everything in their power to make the deal happen.

Jota is a terrific player. I love it when wingers are direct. The attackers love playing together, clinical. The club need to find a way of keeping him.

Jota netted the second goal of the game for the Bhoys in Hungary and earned an impressive 7.30 Sofascore rating in the process.

This season the 18 times-capped Portugal Under 21 starlet has scored four times and registered five assists in 13 appearances.

Signing Jota on a permanent basis already seems a no-brainer for the club. 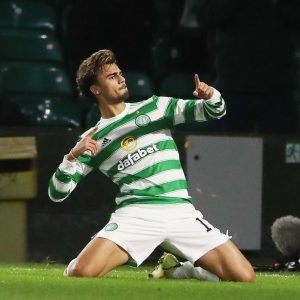 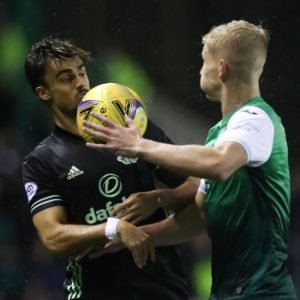 Beyond the impact the versatile attacker has had and would continue to have at Celtic Park, at £6.5million there is nigh on no risk attached to the deal.

Valued at £3.15million (Transfermarkt), at worst Celtic would likely make a healthy profit on their investment and as such have to trigger the clause as a matter of course.