Former Rangers midfielder Barry Ferguson has tipped Celtic to make a surprise move for out of favour goalkeeper David Marshall.

The 36-year-old has recently become the third choice at Derby County as manager Wayne Rooney puts faith in Kelle Roos and Ryan Allsop ahead of the experienced Scot.

As a result of inactivity, Marshall has since been dropped from the Scotland squad by manager Steve Clarke.

Speaking to The Go Radio Football Show, Ferguson suggested that the previous national team number one may have to seek pastures new.

Must be worrying for big Marshy, obviously out the picture at Derby. I don’t know why is it a contract situation? I find that strange because he was number one at Derby. Obviously brilliant for Scotland. It must be financial. He’s still a top keeper big Marsh. I don’t think he’s going to cost anything. Derby would let him go on a free. He’s too good to be sitting about doing nothing. He needs to play and he needs to get back into the Scotland squad.

This season the 46-cap ace has failed to make a single first-team appearance for the Championship strugglers.

This has been an almighty fall from grace for Marshall.

Very much the hero when steering Scotland to the Euros, just months later the stopper is out of the picture for club and country. 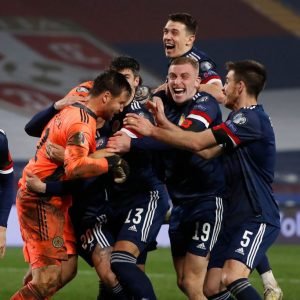 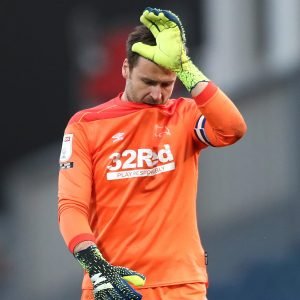 Goalkeeper’s possess unrivalled longevity by any other position and signing Marshall would still provide multiple years of service to the Hoops.

With Vasilis Barkas reportedly heading out the door and Joe Hart currently only on a season-long loan deal at Celtic Park, the opportunity to land the £225,000 valued man on the cheap should not be overlooked.