Celtic legend John Hartson has urged the club to tie down the permanent future of loan sensation Jota sooner rather than later.

The 22-year-old has been superb for the Hoops since arriving on a season-long loan deal and the ex-striker believes the club need to act fast.

In order to make the move permanent, Celtic must pay a £6.5million buy out clause to Portuguese giants Benfica.

As quoted by the Daily Record, Hartson believes the forward has already justified the fee.

You do it now, you do it now. In January, you do it. He’s made a great impact and although Celtic have the first refusal it doesn’t mean you get him over the line. They have an option to get him, but his agent and Jota will have the decision whether it will be Celtic or not. You don’t want Jota to be on 20 goals by February and then a Bayern Munich come in and say to his agent ‘we’ll give you £10m if you get him to us.’ That could happen.

The 46-year-old went on to suggest the likes of PSG could also be keen on the ‘very special’ Portugal Under 21 starlet who has been ‘dynamite’ since arriving at Celtic Park.

So far this season Jota has scored six and provided the assist for another six goals in 14 appearances across all competitions.

Valued at £3.15million (Transfermarkt), given the ace’s form paying £6.5million looks to be a bargain. 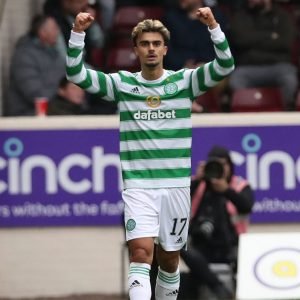 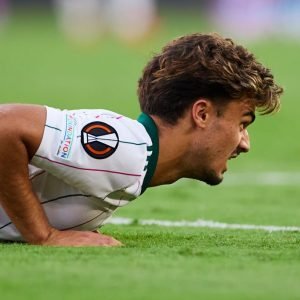 Already a multi-trophy winner in a fledgeling career, based on his showings in Glasgow, Jota has a bright future at the very top level.

Celtic should do all they can to maintain their position of strength whether that be keeping the star for the long-term or simply making a healthy profit.