Former Premier League midfielder Paul Merson believes Celtic are ‘coming back’ into the frame in the Scottish Premiership.

There has been a definite upturn in form in recent weeks as players seem to adapt fully to Ange Postecoglou’s methods.

Couple this improvement with the departure of Rangers manager Steven Gerrard to Aston Villa, there is cause for serious optimism at Celtic Park.

Speaking to Sky Sports, Merson tipped the Hoops to mount a serious challenge from here on out.

Celtic look as though they are coming back now. They’ve got the new manager in; they’ve bought into his ideas and they are moving up the table. There is no foregone conclusion in the Scottish title race this year and, given the nature of football, if Celtic went on and won it this year everything from the year before is almost forgotten.

Currently, the Hoops sit second in the Scottish Premiership, four points behind their Old Firm rivals.

After the international break, Postecoglou’s side welcome St.Johnstone to Paradise.

There is certainly been a small but significant change of momentum in Glasgow in recent weeks.

Will Celtic Win The Scottish Premiership This Season? 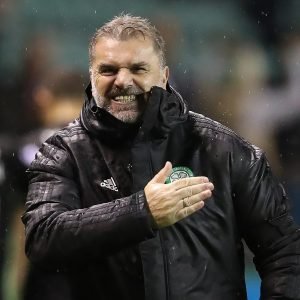 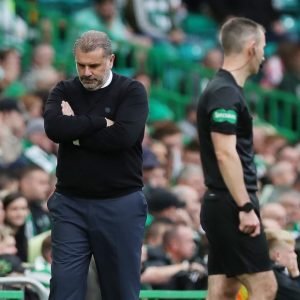 Rangers will be desperate to get their new manager in situ before the return to domestic action and more importantly will need to get the appointment right.

Meanwhile, the Bhoys are settled and seemingly improving all the time…