The Hearts ace has reportedly attracted the attention of as many as nine clubs south of the border as well as Old Firm rivals Rangers.

Having made a successful return from a ruptured achilles tendon, Souttar was back in the Scotland squad and a goalscoring hero as Steve Clarke’s side beat Denmark this week.

Speaking to Go Radio, Bartley suggested that the Hoops should be in the running for the 25-year-old.

His positioning was fantastic and that’s what he does seem like – a magnet – because he’s in the right position at the right time. Celtic and Rangers have to be looking at him. We’ve got the Goldson situation at Rangers with his contract. You’ve got Carter-Vickers on loan at Celtic so he’s going to go back at the end of the season. I think John Souttar goes into either of those defences and makes them better and again at 25 years of age he is only going to get better.

The 35-year-old – who moonlights as a pundit – went on to state that when the top two Scottish sides come calling it can be ‘very difficult’ to say no.

This season Souttar has scored three times in 11 Scottish Premiership outings – earning an impressive 7.44 average Sofascore rating in the process.

Valued at £720,000 and under contract until 2022 (Transfermarkt), Celtic should be all over the Hearts ace. 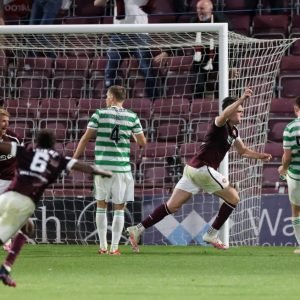 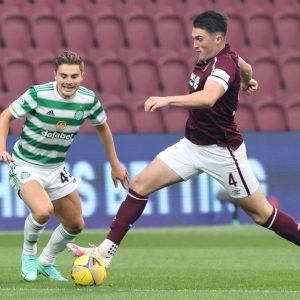 Boasting an array of important defensive attributes, Souttar is showing signs of being a top-quality operator in the top-flight.

Plus, it’s always nice to beat Rangers to a potential acquisition…