The Hoops were heavily linked with the 25-year-old forward in the summer but a move failed to materialise.

🚨 Celtic are reportedly ready to swoop for Siriki Dembele 🇨🇮 and steal a march on Rangers transfer business this summer. #CelticFC #RangersFC

Now as Dembele’s contract heads steadfast towards a summer 2022 expiry, the Championship strugglers are keen to set their stall out ahead of January.

According to a report from Football Insider, Rangers and Fulham are also keen on the ace.

The report claims that Dembele is ‘set to quit’ London Road next summer having rejected offers of an extended contract.

So far this season the ex-Grimsby Town ace, who was hailed as ‘destructive’ by manager Darren Ferguson, has scored four and assisted two goals in 16 league outings.

Bhoys boss Ange Postecgolou would appear to be targeting attacking additions in the mid-season window. 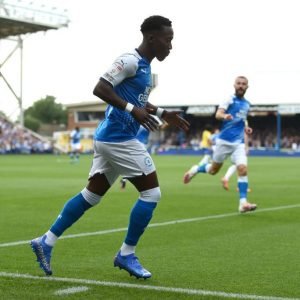 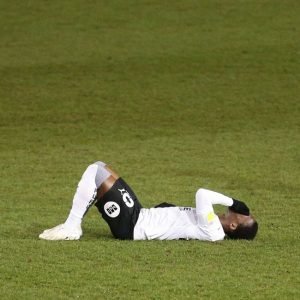 Whilst signing Dembele in January would be superb business, paying £4million for a player set to be available for nothing just six months later isn’t advisable.

Capable of playing across a variety of forward positions and boasting many impressive attributes, the £1.08million valued man should be under serious consideration as a free agent.