Injury expert Ben Dinnery believes Celtic manager Ange Postecoglou may look to use the League Cup to get players back to full fitness.

The Hoops have been without Tom Rogic and Carl Starfelt in recent weeks but the duo are almost back in contention to face St. Johnstone.

Ahed of the clash at Hampden Park, Postecoglou confirmed that Greek striker Giorgos Giakoumakis will be out for ‘at least another week’ as the 26-year-old recovers from a knee injury.

Speaking to Football Insider, Dinnery, who runs the popular Premier Injuries site, has suggested that the selection for the League Cup semi-final will reveal a lot about Postecoglou’s priorities.

Both were short-term hamstring injuries. Rogic suffered his against Hibs towards the end of October, Srarfelt was a couple of days later at Livingston. It won’t have affected their fitness too much. If they are in contention for the game, they are back in full-contact training with the group. It will come down to what the manager’s priorities are. I think it will tell us about his long-term plans for the season. Does he want to use this semi-final as preparation for the next league game and get some minutes in their legs? My concern with bringing these players off the bench is that you can’t warm up as thoroughly as you can pre-match. You’re effectively restricted to the touchline. If you are coming into the game cold, that isn’t ideal.

So far this season the centre-back and attacking midfielder have made 20 and 22 appearances respectively for the Hoops.

Celtic will face Bayer Leverkusen in the Europa League and Aberdeen in the Scottish Premiership in the subsequent days to the semi-final clash.

Would You Risk Tom Rogic Or Carl Starfelt Against St. Johnstone? 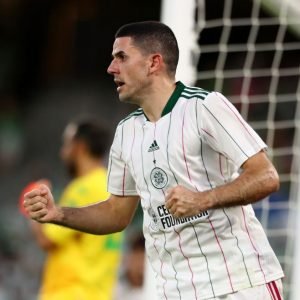 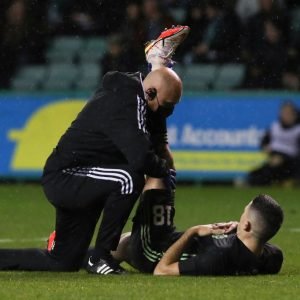 Such is the importance of Starfelt and Rogic to Postecoglou’s side, risking either star too soon is a risk simply not worth taking.

It remains far more likely that they will feature from the bench in the tricky Leverkusen contest before hopefully returning to domestic action thereafter.