The 25-year-old is out of contract next summer and is believed to be attracting attention from Glasgow and beyond.

Ange Postecoglou is expected to strengthen the squad at Celtic Park as the Bhoys look to surmount their Old Firm rivals and challenge on all domestic fronts in 2022.

Asked whether the high-flying Tynecastle club will be tempted to cash in on the recent Scotland hero in January, Neilson was non-committal.

It depends on what the fee is, to be honest with you. At this moment in time, he’s a Hearts player and we’re still trying to get him to continue to be a Hearts player. We’ll see where it goes. My job is just to make sure he’s ready for Saturday. The better the team does, and the higher up the league they are, it’s harder to keep all the players. It’s just part of football and something you have to accept.

So far this season the four-times capped centre-back has earned an outstanding 7.44 average Sofascore rating from 11 Scottish Premiership appearances – scoring three times, including one against Postecoglou’s side.

Despite the continued impressive showings from Anthony Ralston, Cameron Carter-Vickers and Carl Starfelt this term, signing a player of the ability of Souttar is a no-brainer.

When Should Celtic Move For John Souttar? 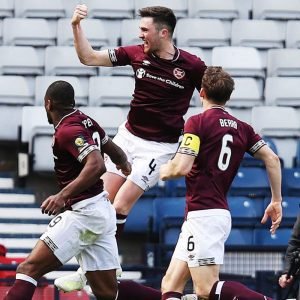 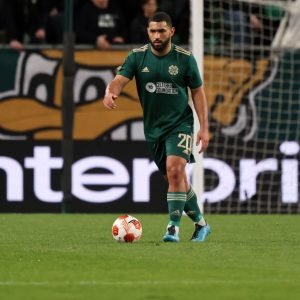 Carter-Vickers is scheduled to return to Tottenham at the end of the campaign and signing the Aberdeen-born ace would act as an instantaneous replacement.

Valued at just £720,000 (Transfermarkt), the bigger question is perhaps whether Celtic should move in January or wait until the end of the season.