Tipped to leave the North London club on a permanent basis having failed to break into the first-team, the Hoops are among the frontrunners to capture the winger.

That’s according to a report from The Evening Standard, as cited by Everything Celtic on Twitter.

Celtic are interested in bringing Tottenham Hotspur winger Dilan Markanday to the club.

The 20 year old is out of contract this summer & has 1️⃣7️⃣ G/A in 1️⃣5️⃣ matches for Spurs U23 this season.

The report claims that the London-born forward is wanted by Bournemouth, Stoke and Nottingham Forest.

So far this season Markanday has scored 11 and provided six assists in 15 appearances for the Spurs Under 23 side.

The versatile youngster was also handed a senior debut by Jose Mourinho this season in the UEFA Europa League defeat against Vitesse.

Capable of playing in a variety of positions, Markanday clearly has an abundance of potential to call upon.

Whilst first-team opportunities have been few and far between, there are worse managers to have judged a player talented enough to make the step up than Mourinho. 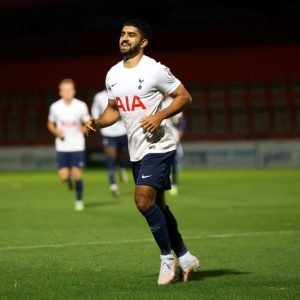 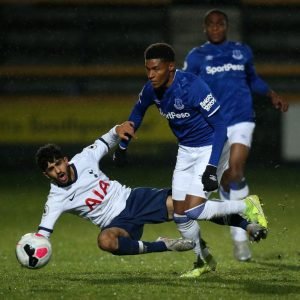 Albeit perhaps only at youth level, this season’s strong displays would suggest he has conquered the breeding ground of English football and is ready for the next stage.

Out of contract at the end of the campaign and with Celtic in need of attacking reinforcement, Ange Postecoglou could do much worse than pursuing the talented Markanday.