Celtic’s vital 1-0 win over Hearts was marred by three injuries that the team picked up during the game. It is a rare occurrence, but Anthony Ralston, Stephen Welsh and Jota all departed the pitch during the game and were unable to continue.

With that amount of upheaval in the side, Ange Postecoglou’s side did well to get the three points. Credit must be given to the team. There isn’t much time for the injured players to get back into the side though. Celtic are back in action against Dundee United on Sunday.

The good news for the Hoops is that Postecoglou confirmed to Go Radio’s Jo Hendry that Cameron Carter-Vickers, who missed the Hearts game, will return for the trip to Tannadice.

Greg Taylor should be back next week
Giakoumakis 2/3 weeks away
Cameron Carter-Vickers avail… https://t.co/BM10uuQr5L (@_jo_hendry)

That should mean that Carter-Vickers and Carl Starfelt resume their centre-back partnership.

The situation at left-back will be an interesting one. With Ralston injured Josip Juranovic can take over at right-back. That gives Postecoglou a decision to make about the left-back area.

During the Hearts game, Adam Montgomery came on and played at left-back. He could be an option for the game against Dundee United, but he has made only six starts for the Bhoys this season. Another option could be Boli Bolingoli. However, Bolingoli has played just twice for the Hoops so far this season. With Bolingoli’s lack of match sharpness, Montgomery might well start at Tannadice. 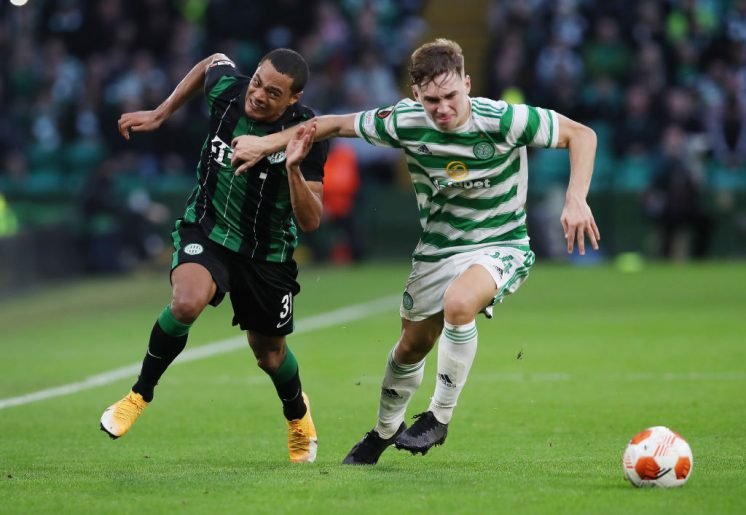 When it comes to replacing Jota, Postecoglou may turn to Mikey Johnston. Johnston replaced the Portuguese winger against Hearts. He didn’t have the best of games against the Tynecastle club, but he still came close to scoring with an effort which went just past the post.

Johnston has been in and out of the Celtic side this season as he makes his way back from injury. He has started just one game for the Hoops in the season 20211/22 campaign.

Now Johnston has a chance to set a marker down for the rest of the season should he start and perform well against Dundee United. That would give Ange Postecoglou a welcome problem to have going forward.

It will be a tough game for Celtic against Dundee United, and it will be made harder with some first-team regulars likely missing from the starting line-up. Still, that does present a chance to the fringe players to show that they should be in the Celtic starting line-ups more often.