Celtic midfield star David Turnbull has become one of the Hoops’ key men under manager Ange Postecogou. He has started every game for the Bhoys since the Australian became the manager.

This season he has made 30 appearances for the side, scoring eight goals. The latest goal came in the Hoops’ 3-0 win over Dundee United, and it was an excellent goal too.

Turnbull lofted the ball over the goalkeeper, did a pirouette and tapped the ball into the empty net to give Celtic the vital second goal. It was a finish that Turnbull should be pleased with. Particularly as he has missed a great chance a few minutes before.

The Chef, @10DavidTurnbull cooks up a goal after the captain delivers

Turnbull’s run of starting every game for Celtic might come to an end against Real Betis this week. Postecoglou might well make a few changes for the game as it is essentially a dead rubber for the Bhoys.

Looking at Turnbull’s statistics for this season, with eight goals scored he is Celtic’s joint second top goal scorer with Jota. Kyogo is the top scorer on 14 goals. That is a decent return for a midfielder. However, he can still add to that tally.

Turnbull’s aim for this season should be to reach the 20 goal mark for Celtic. If he continues to be a mainstay of Ange Postecoglou’s side for the remainder of the season then he has a real chance of reaching that tally.

That is why it would be a real boost to Celtic’s prospects for the season if Turnbull can score at least 20 goals in the 2021/22 campaign. It might be difficult to reach that tally. But, he only needs to score another 12 goals. Turnbull is almost halfway there already. 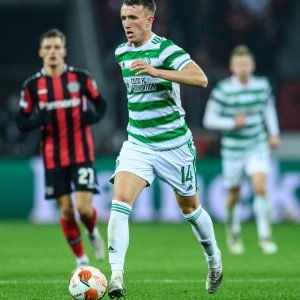 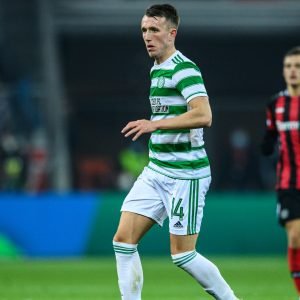 It is highly unlikely that Ange Postecoglou will give Turnbull a goal target for this season, but perhaps the player himself might have one in mind. If that is the case, then 20 goals is the target that he should aim for.

There should be enough games left in the season for Turnbull to score that amount of goals, as long as he can avoid picking up any injuries. If he can do that, it could be a very productive season for David Turnbull.