Celtic’s 2-0 win over Rangers in the 2011 New Year Glasgow derby has to be considered as one of the Hoops’ best ever wins at Ibrox, particularly when you consider that the team had so many important players unavailable for selection. Top scorer Gary Hooper and captain Scott Brown were missing.

It was going to take a big performance to make up for those absences. Step forward Georgios Samaras.

The Greek striker had been out of the Hoops side before the game, but he returned to the starting line-up for the match, and Neil Lennon’s decision to start Samaras more then paid off, as his second-half performances has to be considered as one of the best displays by a Celtic player in a Glasgow derby. 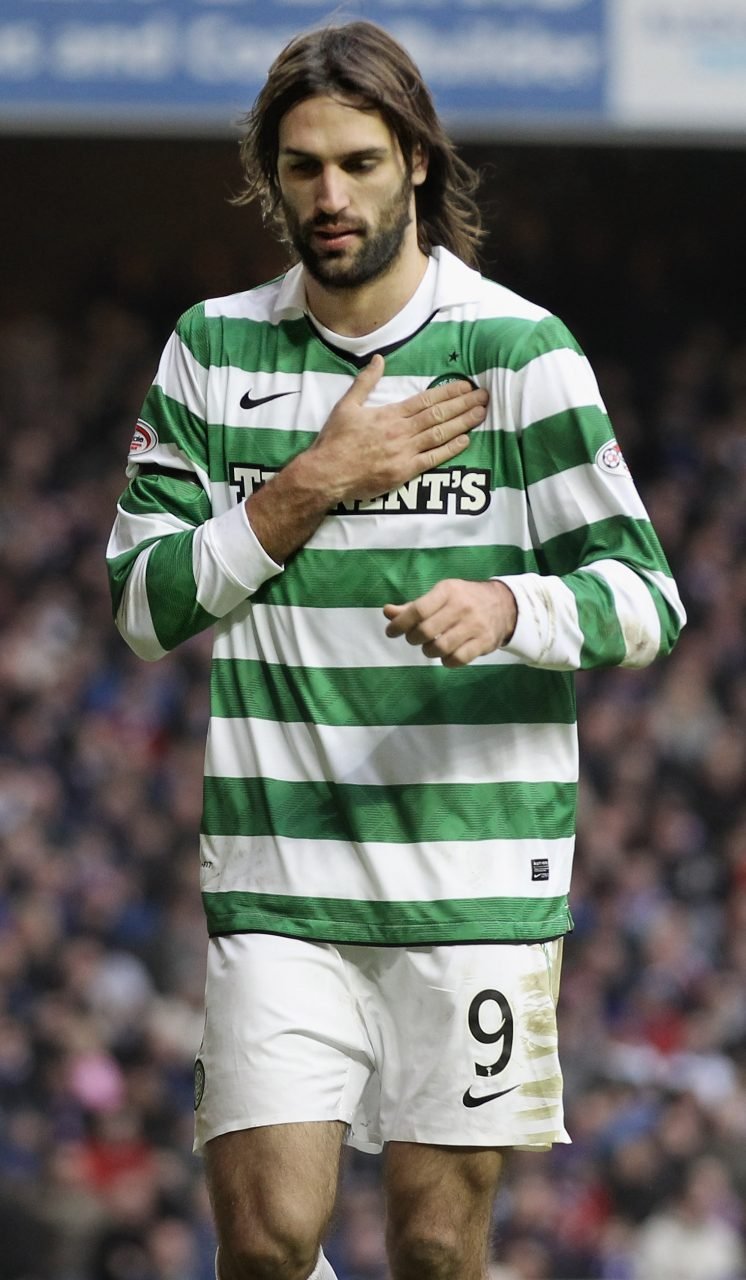 The first-half was goalless, with Celtic creating few chances but the Hoops dominated the second-half, with Samaras to the fore. The forward gave the Bhoys the lead in the 62nd minute.

Joe Ledley’s long ball took out the Rangers defence, and Samaras was through on goal. Rangers goalkeeper Allan McGregor rushed out of goal to stop the striker, but Samaras calmly sidestepped McGregor, and put the ball into the empty net.

He then ran into the massed ranks of the Celtic fans behind the goal to celebrate, and was booked as a result.

Samaras and Celtic’s goal arrived in the 70th minute, this time from the penalty spot. Samaras won the spot kick himself, as his solo run was crudely ended by Madjid Bougherra in the penalty box.

The striker got up, dusted himself down, and put the penalty out of reach of McGregor and into the net. The Celts were two goals ahead, and that is how the game ended.

Samaras’ performance at Ibrox was exceptional, as he took on the task of winning the game for Celtic almost single-handedly and succeeded. It is no wonder that after the game Neil Lennon described his performance as ‘unplayable‘.

Samaras might have scored goals in some other big games for Celtic – the winner in the 3-2 Champions League win over Spartak Moscow in 2012 springs to mind – but when you look at his time with the Hoops overall, it will be the performance at Ibrox in January 2011 which is the stand-out. 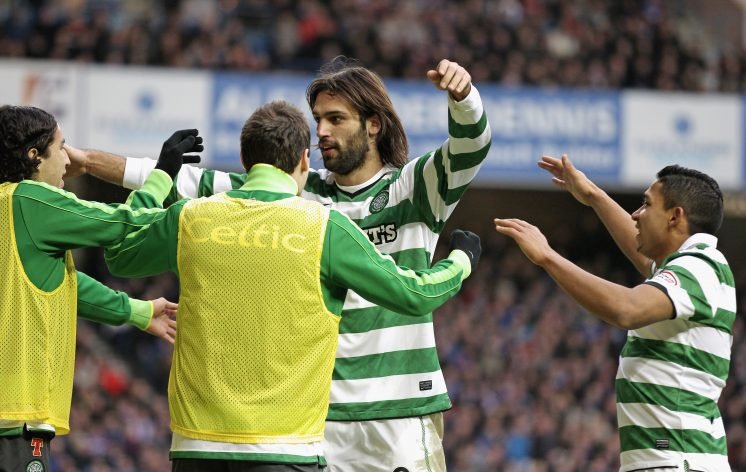 Samaras left Celtic in 2014 after winning four league titles in his time with the Hoops. He is currently the vice-president of OFI Crete, the club where he started his career.

Even though many Celtic players have turned in good individual performances against Rangers at Ibrox, something about Samaras’ sticks out. Possibly the fact that the Hoops had so many players missing on the day, the fact that the Bhoys needed to win to stay top of the league table, there are a number of factors.

The bottom line is that the striker turned up when he was needed, and helped Celtic achieve a famous Glasgow derby victory at Ibrox.