Understandably, all the attention from Celtic’s 2-1 win over Ross County will be focused on the last-minute winner scored by Anthony Ralston. It was a huge goal scored against the odds as the Hoops had been reduced to 10 men, so naturally it is going to be a talking point after the game.

However, one aspect of the game that has to be discussed is Liel Abada’s performance. In the absence of any fit senior strikers in the squad, Abada played through the middle as the Hoops’ main front man during the game. This was a change from the game against Motherwell, when David Turnbull was through the middle, and Abada was on the wing.

The move to play Abada through the middle paid off, as it was he that opened the scoring for the Bhoys, and it was a goal that came from Abada’s new positioning.

The ball was crossed into the penalty box by Liam Scales, and it was met by Abada, who hammered the ball into the net. He would not have been in that position if he was on the wing, so the move was a successful one by Ange Postecoglou.

Obviously everyone at Celtic will be hoping that Kyogo is fit to take part the upcoming Premier Sports Cup Final against Hibernian. He has been the Hoops’ best forward this season, and Celtic are a much better team with the player in the side. 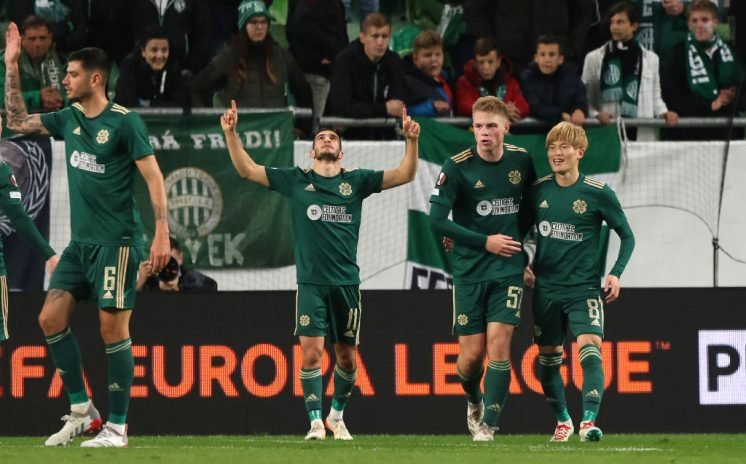 However, if he is not fit enough to take part in the cup final, then Abada could take Kyogo’s place up-front. He has shown in the win over Ross County that he is capable of playing in that position.

He might not be as good as Kyogo in that position, but the movement Abada showed for the goal against Ross County was certainly a good bit of play that Kyogo would approve of.

Perhaps an option will be starting Abada, with Kyogo on the bench, with the Japanese striker coming on when his fitness allows. You could still keep Abada on in that scenario, he could be moved to his natural position on the wing when Kyogo comes on.

Ange Postecoglou will be thinking long and hard about his starting line-up for the cup final, and he will likely have a plan in mind based on Kyogo’s fitness. At least Abada has shown that he can play through the middle for Celtic, and be a success in that position for the Hoops.