The almost absurd amount of injuries that Celtic have has been a real concern for the Hoops. Despite being without the likes of Jota, Kyogo, James Forrest and others for a number of games, the team has kept winning.

The Hoops will face another test in the club’s next game, when Celtic take on Hibernian in the Premier Sports Cup Final. With so many injured goal scorers in the side, it could be an unlikely hero that finds the back of the net at Hampden.

That would not be the first time that has happened for Celtic in a cup final. In 2009, Darren O’Dea scored the opening goal of the game when Celtic defeated Rangers 2-0 in the League Cup Final.

There was an even more unlikely goal scorer in the 2007 Scottish Cup Final versus Dunfermline. It was full-back Jean-Joel Perrier-Doumbe who found himself in the penalty box to score not only the winning goal of the game, but the only goal of his entire Celtic career.

One wonders if the same thing could happen in the impending cup final against Hibernian. Greg Taylor would probably be the unlikeliest goal scorer of those that set to start the cup final.

Whilst Taylor gets forward on the wings, he doesn’t usually get into the penalty box. It would be a bit of a surprise to see him find the back of the net at Hampden Park. 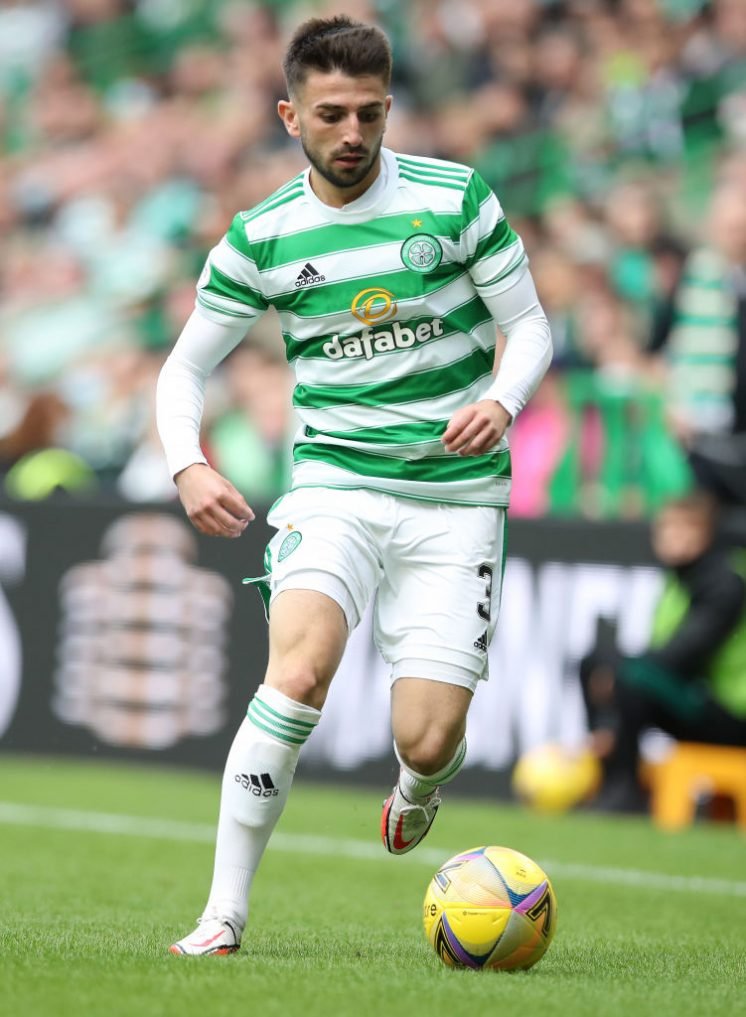 If the Hoops are still without a number of key attackers for the game, it could be up to the midfield to step up, and of Celtic’s midfielders, Nir Bitton would be the most unlikely goal scorer.

Bitton does have goals in him though, especially from long range efforts. Who knows, perhaps that will happen at Hampden. That could be a tactic from the Celtic boss Ange Postecoglou, to tell Rogic to shoot at goal as often as he can during the game.

As long as Celtic win the game, the supporters will not be bothered who scores for the Hoops in the cup final. It would be, in a way, more preferable it Kyogo scored, as it would mean that he is back in the team, and if he is back in the side, the Hoops would look to have a much better chance of winning the game.

If that isn’t the case though, there is always the possibility of someone unexpected getting that goal that wins the Hoops the League Cup.