For a team that plays in a small country like Scotland, Celtic have at times punched above their weight in European competition. The Hoops reached the old European Cup final twice in the late 60s and early 70s, of course winning the final in 1967.

After that Celtic struggled to match those remarkable achievements, and it took until 2003 until the club reached a third European final, in a moment that Celtic fans will surely remember forever.

Celtic’s road to the 2003 UEFA Cup semi-final wasn’t the easiest of passages. The Hoops memorably faced two English sides, Blackburn and Liverpool, and defeated both.

In between was a difficult tie against Celta Vigo, and a tie against German side Stuttgart. Martin O’Neill’s side managed to navigate all those games to reach the last four of the tournament where they would face Portuguese side Boavista. 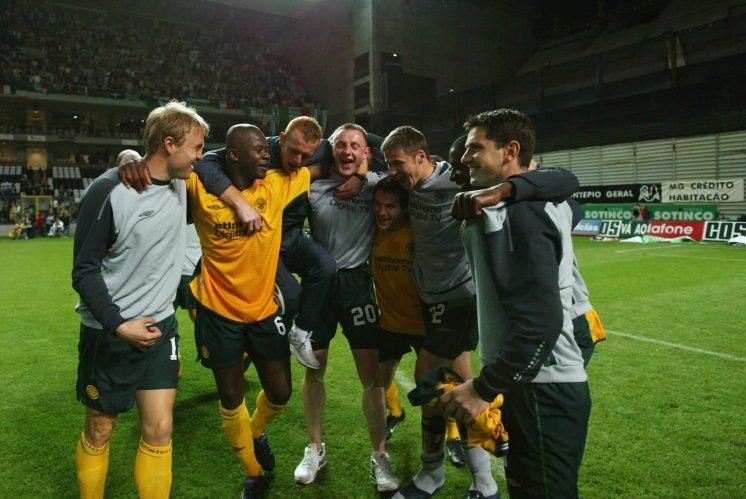 Celtic probably went into the game as favourites as Boavista didn’t have the name recognition of the English, Spanish and German sides they have previously faced. But the Hoops found the first leg at Celtic Park tough going.

The Portuguese side took the the lead thanks to a Joos Valgaeren own goal, and even though Henrik Larsson equalised he also missed a penalty as the game ended in a 1-1 draw.

As a result of the draw in the first leg, Celtic knew that they had to score in Portugal to have any chance of progressing to a first European cup final in 33 years, and thankfully there was a man on the pitch who was more than capable of doing that.

Henrik Larsson was already a Celtic great before the game against Boavista, but his performance in the semi-final second leg helped to turn him into a legend.

The Hoops struggled to breakdown Boavista in the game, and as the minutes ticked away, it looked as if the game was going to finish goalless, and the Bhoys would be eliminated from the tournament one step away from the final. But Larsson had other ideas.

The goal sparked frenzied scenes of celebrations from the Celtic players, coaching staff and fans in the stadium, and was no doubt replicated by those watching the game at home. The Hoops managed to hold on for the remaining minutes of the game and reach the final of the tournament, where Porto would be waiting. 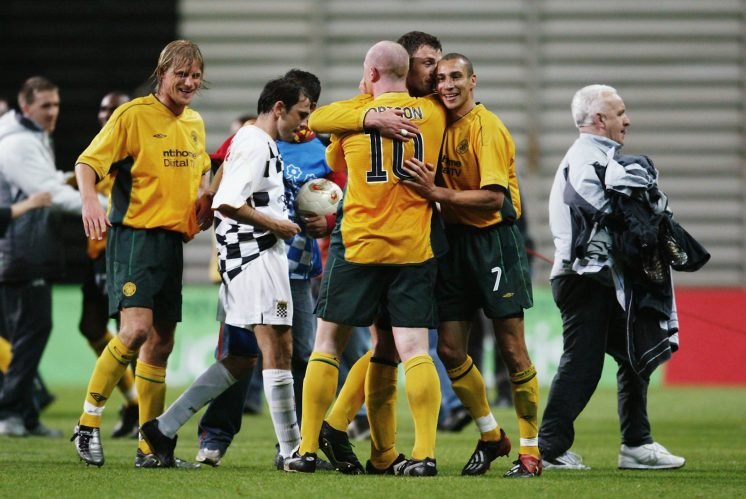 Larsson’s goal summed up all that was good about the player. He kept his composure in a pressure situation and managed to find the strength to put enough power in the shot, despite being under pressure, that the goalkeeper couldn’t stop it.

It has to go down as one of Larsson’s best ever Celtic goals, just for what it meant. His performance in the UEFA Cup Final against Porto was just as good for different reasons, but that is a story for another day…