Paul Lambert had already achieved great things in football before he joined Celtic in 1997.

In 1987, he had helped St Mirren win the Scottish Cup, defeating Dundee United in an epic final.

He then moved to Motherwell, where his performances for the Steelmen won him a move to German side Borussia Dortmund, and in 1997 Lambert won the Champions League for the Bundesliga team, as they defeated Juventus in the final. 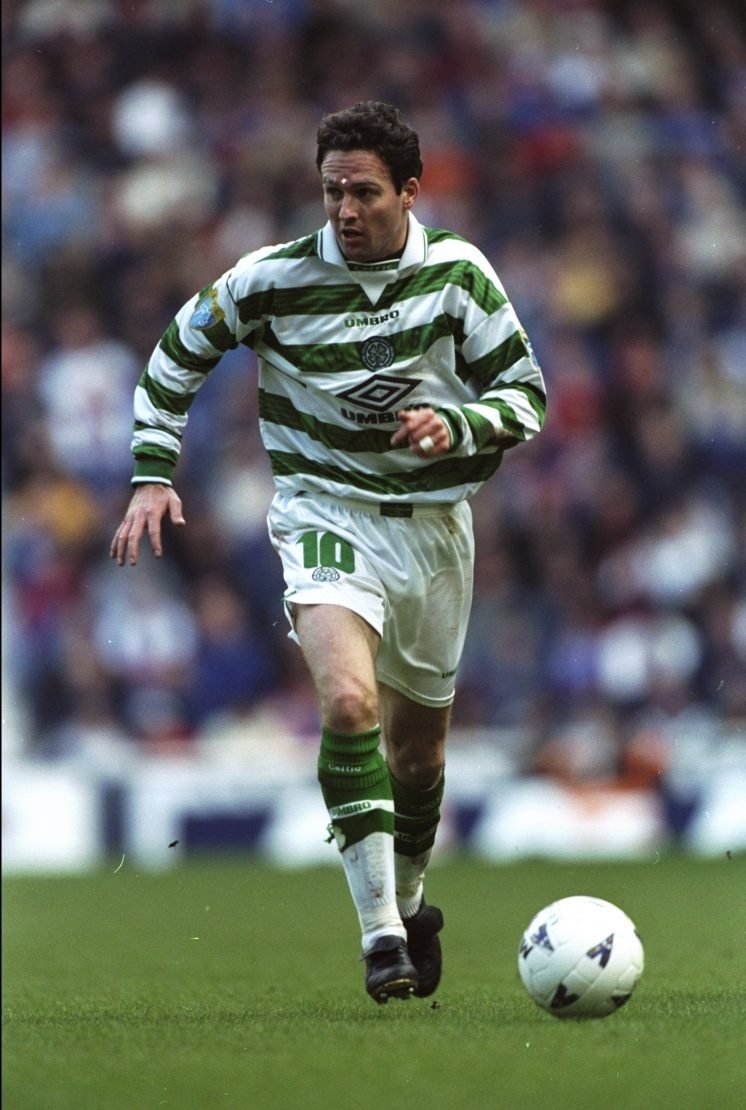 Wim Jansen was signing a Champions League winner who was very familiar with the Scottish game, it is little wonder that Lambert turned out to be one of Celtic’s best players over the next few seasons.

Lambert started his Celtic career slowly, but it burst into life in January 1998, when he scored two fantastic goals, the first against Rangers in a vital 2-0 win, and the second when he rescued a point in a 1-1 draw with former side Motherwell.

Lambert was a mainstay of the Celtic side which won the league title in 1998, forming an excellent midfield partnership with Craig Burley.

In the next few seasons Celtic didn’t win the title, but Lambert continued to perform well, and he took those performances to a new level when Martin O’Neill became manager in 2000. 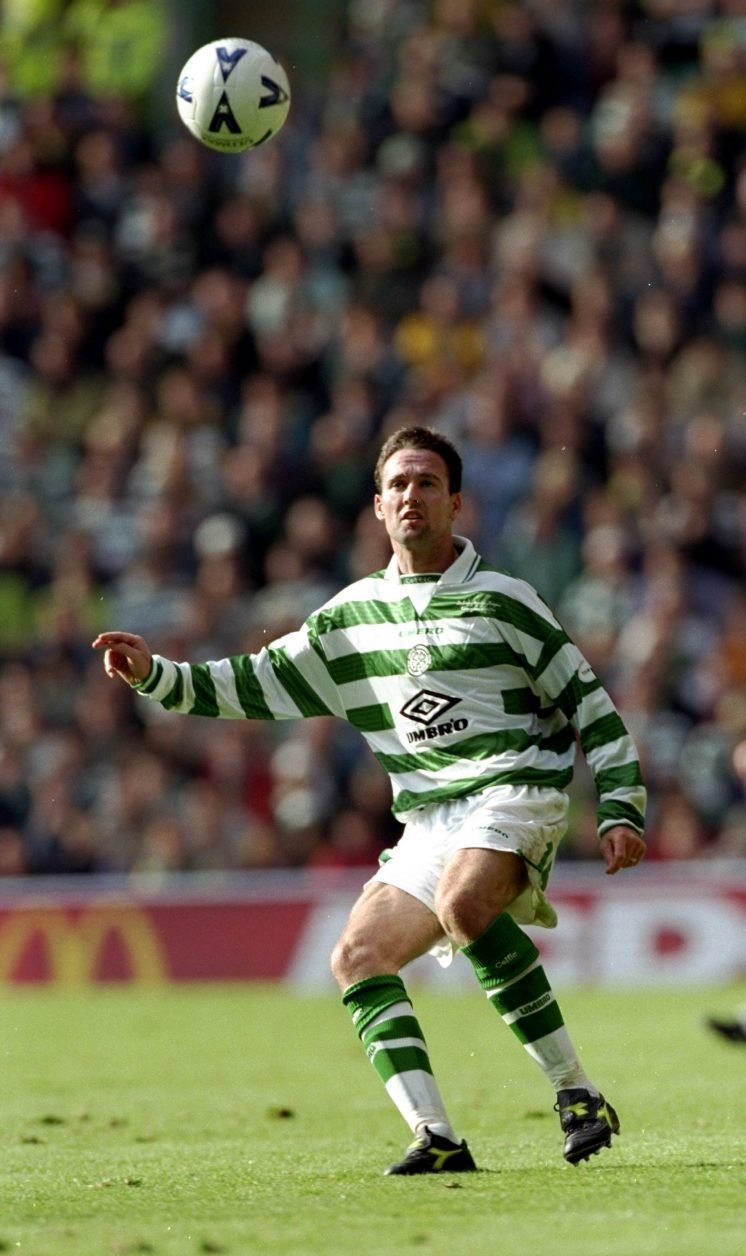 Lambert scored for the Hoops in the legendary 6-2 win over Rangers in August of that year, a match which showed that the Bhoys were going to dominate the Scottish game for years to come.

Lambert formed another good partnership in Celtic’s midfield under the management of O’Neill, this time with Neil Lennon.

There could have been a fear that the duo would have been seen as too similar, but the pair combined to lead Celtic to huge success in both domestic and European football. 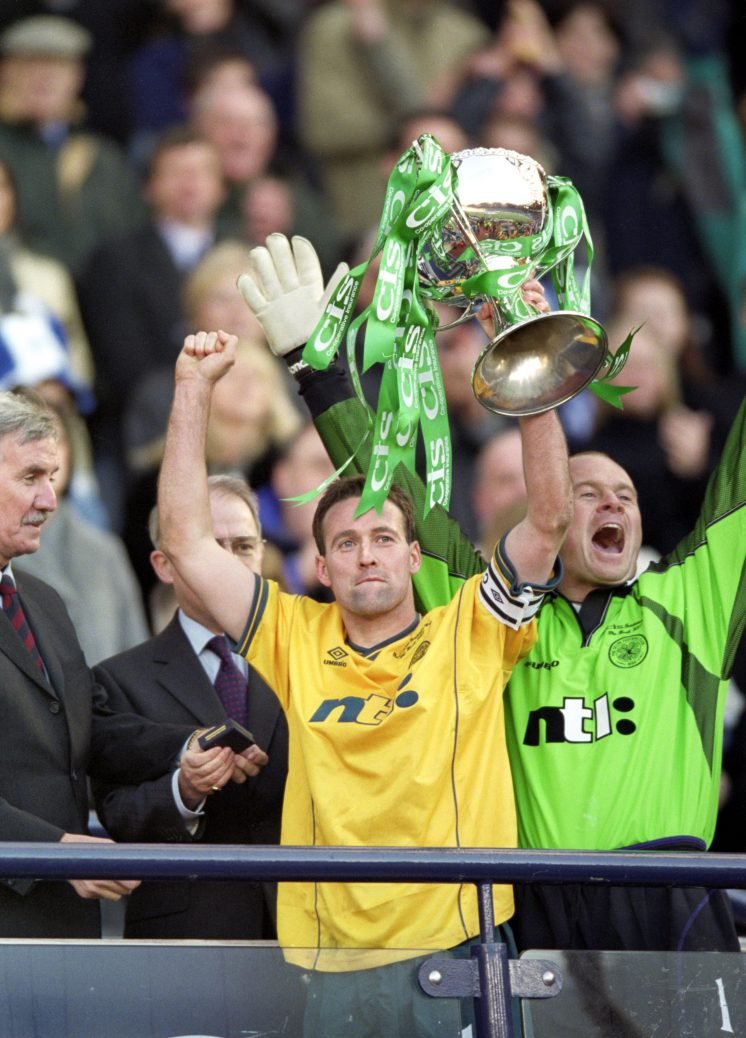 Lambert’s performances for the Hoops continued to improve, as in season 2001/02 he was named as Scotland’s Player of the Year by his fellow professionals as the Hoops won a second successive league title.

Lambert took over as Celtic captain from Tom Boyd around the same time, as Boyd was phased out of the side and was no longer a first pick. The experienced Lambert was the ideal man to lead the Hoops.

So many things have been said about season 2002/03, when Lambert and Celtic played Porto in the UEFA Cup Final that it is hard to find something new to say about it.

But Lambert did score some big goals that season, two against Motherwell at Fir Park spring to mind, as does the equaliser in the first leg of the UEFA Cup quarter-final versus Stuttgart. Lambert is one of only two men to captain Celtic in a European final, the other being Billy McNeill, so he is in good company.

Lambert was part of the Celtic side which won the league and Scottish Cup double in 2003/04, but similar to what happened to Tom Boyd he was phased out of the side, and replaced as captain by Jackie McNamara.

He left Celtic in 2005, and joined Livingston as player/manager. He has managed a number of teams, most recently Ipswich Town.