Billy McNeill has to be considered as one of the greatest heroes in Celtic history, for what he achieved as both a player and a manager.

He was a player that was part of Celtic during the club’s greatest ever period and managed the side to considerable success in two different spells.

As a player, McNeill was key to Celtic’s incredible success under Jock Stein in the 1960s and 1970s.

The centre-back was a rock that the Hoops side was built on, and as captain he led the Bhoys to nine titles in a row and of course, became the first British football player to lift the European Cup. 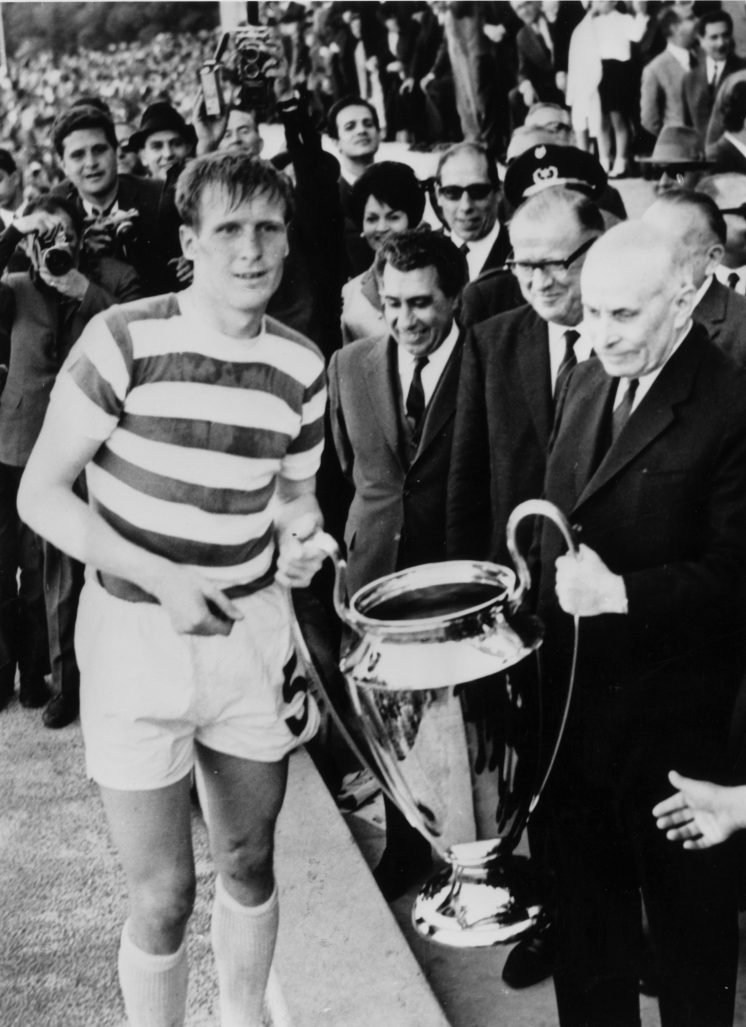 That iconic moment when McNeill lifted the European Cup is immortalised in a statue beside The Celtic Way next to Celtic Park, which is fitting for a player who was part of Celtic for so many years.

McNeill retired in 1975 after lifting yet another trophy as Hoops captain, the Scottish Cup. In his playing career at the club, McNeill won nine league titles, seven Scottish Cups, six League Cups and the European Cup, a huge haul of trophies. He played 822 times for the Bhoys, which is a record which seems unlikely to be ever broken.

It seemed inevitable that McNeill would one day manage Celtic, and after brief spells at Clyde and Aberdeen, he had the unenviable task of replacing Jock Stein as Celtic manager in 1978. 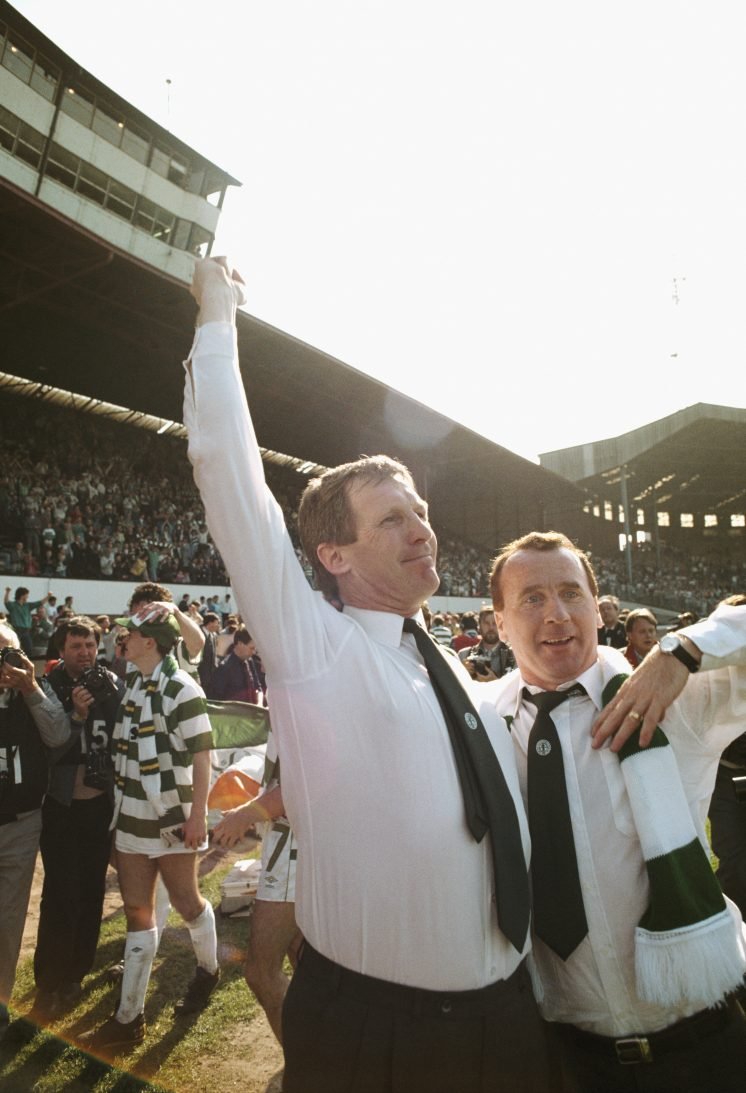 McNeill’s time as boss got off to the best possible start, as the Bhoys won the title in his first season as manager, defeating Rangers 4-2 on an epic night at Celtic Park to clinch the title.

McNeill’s feats as Celtic boss were very impressive when you consider that he had competition from very strong Aberdeen and Dundee United sides. He won three league titles, a Scottish Cup and a League Cup before leaving the club in 1983 and joining Manchester City.

McNeill’s story at Celtic wasn’t done though, and he returned to the Hoops as manager in 1987, and achieved possibly his greatest achievement at the club. In Celtic’s centenary season, McNeill’s Hoops side overcame a very expensively assembled Rangers team to win a league and cup double. 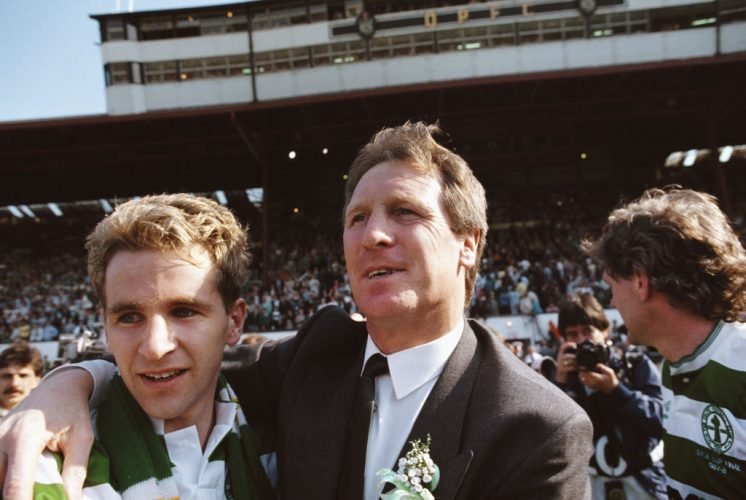 The Bhoys had spent little in comparison to Rangers, but playing some great football the team stormed to success in one of Celtic’s best ever seasons.

Celtic won the Scottish Cup in 1989, but found it hard to make progress in the league and McNeill lost his job as Hoops boss in 1991. McNeill would never again be Celtic manager, but he continued to be held in high esteem by all Celtic fans, and he was honoured with a statue in 2015.

Sadly, the man known as ‘Cesar’ was unwell when the statue was unveiled, and the Celtic great died in 2019. McNeill’s death brought tributes from many of the greats from football, and rightfully so as he was a footballing legend. 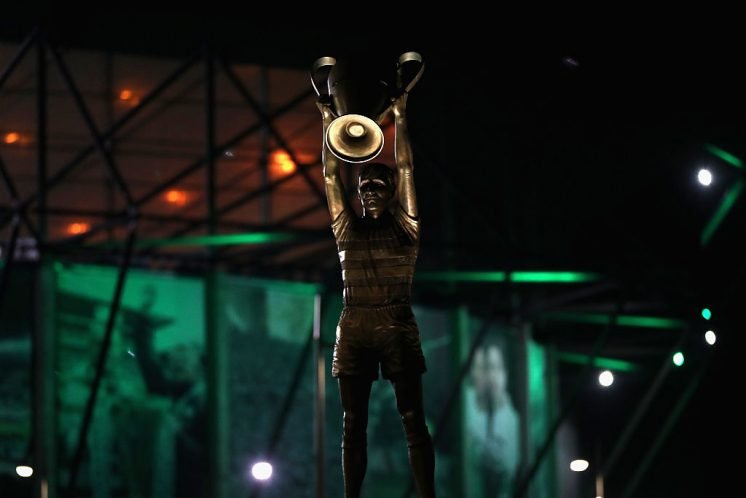 It was fitting that in the first Celtic game after McNeill’s death, the Hoops would defeat Kilmarnock with the only goal of the game being scored by centre-back and number five Jozo Simunovic in the 67th minute.

The likes of McNeill will probably be rarely seen in football in the modern era, a one-man team who stays with a club for almost 20 years and then manages the same side in later life.

It could be argued in the glory days of the 1960s and 1970s Billy McNeill was Celtic, so important was he to the club. He is the definition of a Celtic great.