Celtic’s 2-0 win over Hibernian would have pleased Hoops boss Ange Postecoglou for a number of reasons. For a start it was a comfortable win.

The Bhoys kept a clean sheet. Jota, James Forrest and Georgios Giakoumakis all returned from injury, Reo Hatate had a fine game in his Celtic debut. But perhaps most importantly, Daizen Maeda marked his Hoops debut with a goal after only four minutes.

The striker was left unmarked in the box and fired home to get his Celtic career off to the best possible start. That would have delighted the Hoops boss, as Maeda hit the ground running at Celtic.

The Hoops could have scored more goals in the game, but it was still a good night for the club. What was interesting is that the win proved that Celtic seem better placed for life and without Kyogo. 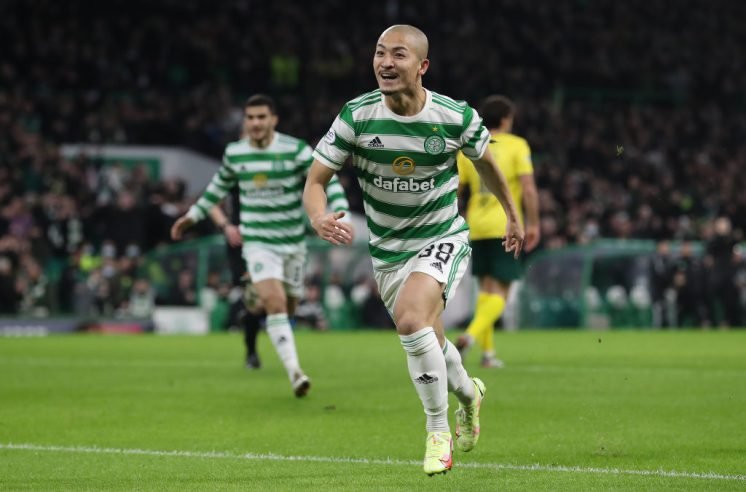 The £4.6m signing is currently out with a hamstring injury, and as yet there is no timeframe on when he will return to the Celtic first-team.

Obviously Postecoglou and Celtic would much rather have Kyogo in the team than not. He has been a revelation for the Hoops in his first season at the club.

But whereas before the winter break it looked as if Celtic would struggle without Kyogo in the side, with Meada and Jota available the Hoops look as if they are better placed to deal with the problem.

The return of Giakoumakis could also be significant. The Greek striker has rarely featured due to injury, but he did well when he came on against Hibernian, especially when it came to holding the ball up. That could be another option for Celtic. 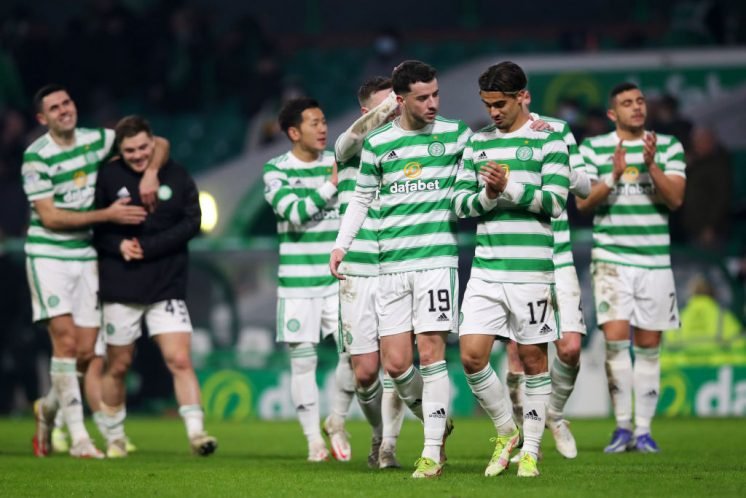 Jota’s return is also very important for the Hoops, and it will be interesting to see just how soon he is integrated into the starting line-up once more. It could be a bit of a risk to start him against Alloa in the Scottish Cup at the weekend due to their artificial pitch. That will be a decision that the Hoops boss will be giving a lot of thought to.

Hopefully when it comes to Kyogo, he is back in the Celtic line-up sooner rather than later. He was still missed to an extent against Hibernian despite Celtic’s comfortable win.

Still, the encouraging news for Celtic is that the squad looks to be strong enough for the moment to cope without their talismanic striker. Only time will tell how long that will last, but the Celtic squad does look the strongest that is has in a while.