Celtic have missed the presence of striker Giorgos Giakoumakis in the Hoops’ last two league games, which he has missed due to an illness.

The good news though, as reported by the Celtic Way, is that Celtic boss Ange Postecoglou has confirmed that the forward should be back for this weekend’s trip to Livingston.

The player should be extra motivated for that game, as it gives him the opportunity to make up for a moment which blighted the start of his Hoops career. 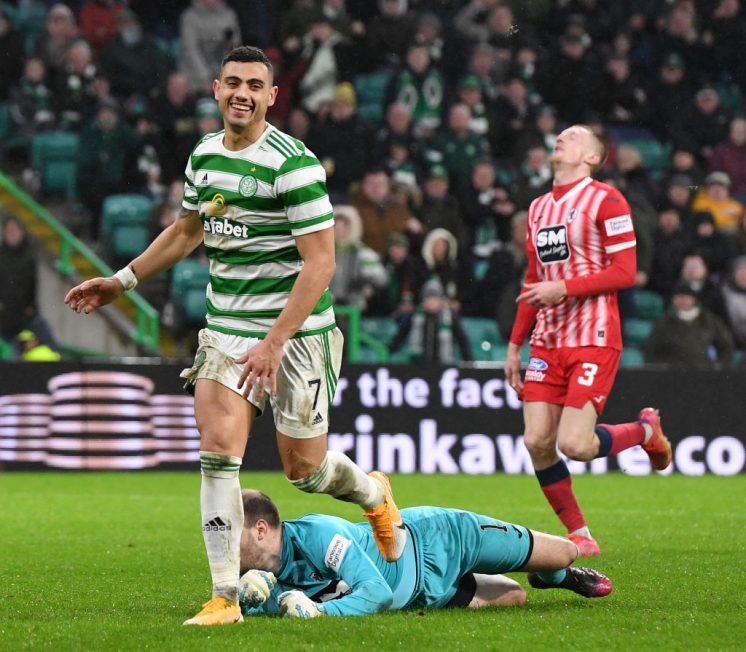 Back in October, the Hoops were awarded an injury time penalty against Livingston at Celtic Park with the game goalless. The Greek striker took the penalty instead of regular penalty taker Josip Juranovic, and his poor effort was easily saved, and the game ended goalless.

The frustration over the missed penalty was that the Hoops had missed the chance to go top of the league, but now the side is at the top of the Premiership, and Giakoumakis looks like he will have the chance to make up for that miss against Livingston.

It has taken him a while to get going this season, but the former VVV-Venlo forward is now arguably one of Celtic’s most important players. He is in a good run of form, having scored a hat-trick in his last league appearance, against Dundee.

Should Giakoumakis be fit to feature for the Hoops, he could give the team an extra dimension, by getting onto the end of the cross that the Hoops play into the penalty box. That is how he scored each of his three goals against Dundee, by scoring from cross balls. 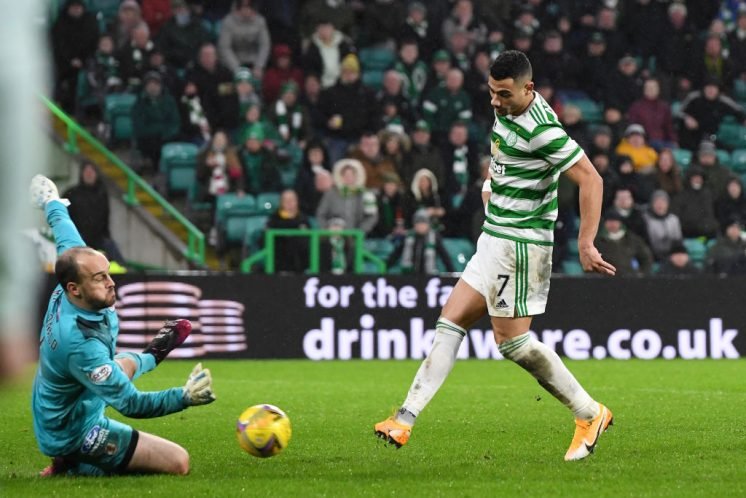 Using the Greek forward could allow the Hoops to play more long balls, and avoid having to play the ball on the often difficult to play good football on artificial pitch.

Everyone at Celtic will know that it is time that the Hoops performed better at the Tony Macaroni Stadium and against Livingston in general. After all, they are the only team in the Premiership that the Hoops have failed to defeat this season.

At such an important time of the season, now is the time for the Bhoys to end that poor record, and get what would be a huge three points in the Premiership title race.

Giakoumakis could be pivotal to the way the Hoops play if the team are to get the win in Livingston. He will also surely be determined to make up for that penalty miss, and by scoring a few goals against Livingston he could do that.