Well, what can you say about that? If anybody thought Celtic might show signs of complacency after last Sunday’s result at Ibrox, they can think again. That was sublime, an all round perfect performance against a St. Johnstone side who could only watch the game pass them by. They were mystified spectators on a day where it was 7, but could very well have been 14.

You just knew from Kick off at a sun soaked Celtic Park, that the home side were in the mood. They began the game with an intensity that Saints could not cope with. A 9 point gap to the Ibrox team in second was the incentive and the bhoys didn’t need much motivation. From the off, Celtic’s passing game was reaping rewards and the Saints were pinned back.

In the opening exchanges, it was one way traffic and Celtic probed and prodded at the Saints defence without troubling them too much. Despite that fact, you got the feeling Callum Davidson’s charges were in for a long afternoon and it didn’t take long for Celtic to make the breakthrough.

With 8 minutes on the clock, Greg Taylor played a quick pass back to Reo Hatate on the edge of the box, who duly dispatched the ball into the bottom right corner of Zander Clark’s net. Hatate was definitely in the mood and a few minutes later, he hit a sweet volley towards Clark’s bottom right once again. This time the Saints stopper was up to it and he palmed it away to his left. 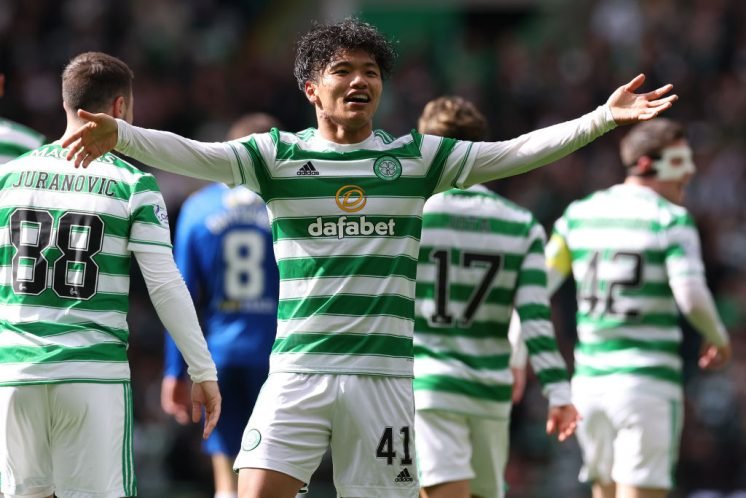 Celtic were off the mark and from there on they were relentless. It wasn’t long before the ball was in the back of the net again. A poor back pass in the 22nd minute from hapless Saints defender, Callum Booth, was picked up by Giorgios Giakoumakis, who nimbly took it away from Zander Clark with his first touch, and then calmly slotted it away from the tightest of angles with his second.

It was a pure poachers goal from the big Greek striker, but there was to be disappointment a few minutes later, as Giakoumakis hobbled off with a suspected hamstring injury. Liel Abada came on to replace him, with Maeda slotting into the strikers role. 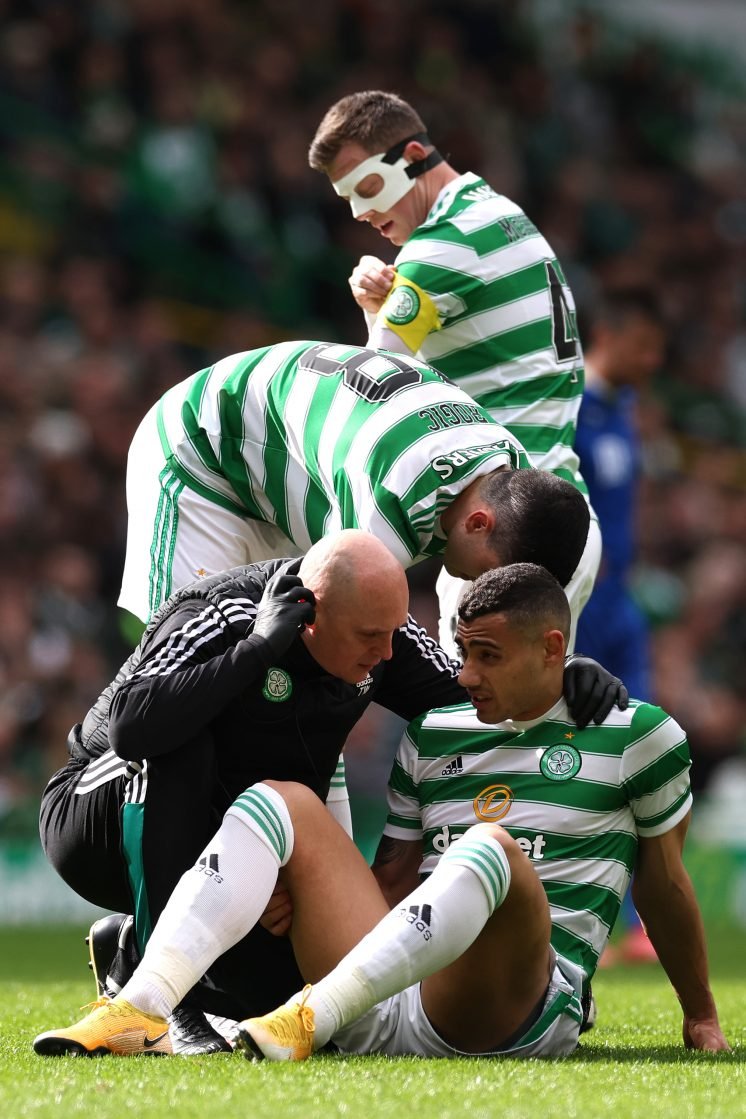 The change didn’t disrupt Celtic’s momentum and on 36 minutes, Jota delivered a pinpoint cross from the left onto the head of Maeda, who steered it into the bottom left hand corner of St. Johnstone’s goal. It was clear this contest was only going one way, with the Saints desperately trying to make it to half time without conceding any more.

Despite making two changes at half time, St. Johnstone were powerless to resist Celtic’s attacking threat. On  52, substitution Tom Sang brought down Hatate in the box. Andrew Dallas pointed to the spot and up stepped penalty specialist, Josip Juranovic and it was 4-0. Zander Clark was unable to get a hand to the low drive to his left, despite diving the correct way.

Celtic were imperious from here on out, scoring three more times before the full time whistle was blown. Half time substitution Matt O’ Riley bagged himself a brace with two wonderful goals, the first a diving header and the second a lovely curling shot into the top left corner. 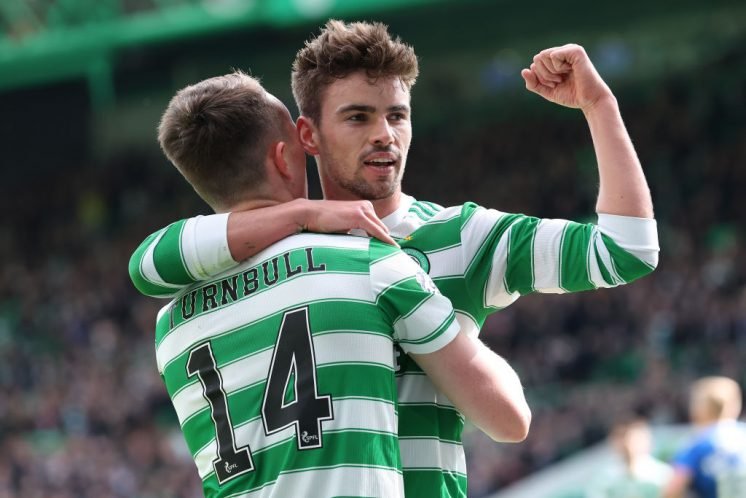 The loudest cheer of the day came, when after almost four months on the sidelines, Kyogo Furuhashi made his first appearance of 2022. He replaced Felipe Jota late in the second half and it wasn’t long before he was in the thick of the action.

On 78 minutes, he played a wonderful lofted pass from inside the centre circle to Maeda on the edge of the box. The Japanese striker attempted to chest it down, but unwittingly directed it into the path of Liel Abada, who duly hit it into the top of the net on the half volley.

It finished 7-0 to the home side, in what has to be described as one of the most complete performances I’ve seen by a Celtic side in many years. Whatever hope the Ibrox side may have had of closing the gap to us, it was surely extinguished yesterday.

With only five games remaining and our goal difference further extended by a magnificent 7 after that performance, I can’t imagine Giovanni van Bronckhorst’s side will be heading to St. Mirren Park brimming with confidence today.

If we continue to play like this, the likelihood is that we’ll finish this league campaign ahead of the second placed side by double figures.

We are hitting our peak and a level of ruthlessness at just the right time!