Celtic made an interesting announcement on Thursday evening, when the club revealed that James Forrest has signed a new deal at Celtic Park.

The fact that Forrest, a player who has won a host of trophies with the Hoops, has signed a new deal isn’t much of a surprise, but perhaps the length of the contract is, as the 30-year-old, who has struggled with injuries over the last two seasons, has agreed a three-year deal with the Hoops.

There have been some eyebrows raised at the length of the deal that has been given to Forrest, but it seems that manager Ange Postecoglu is in favour of the move. 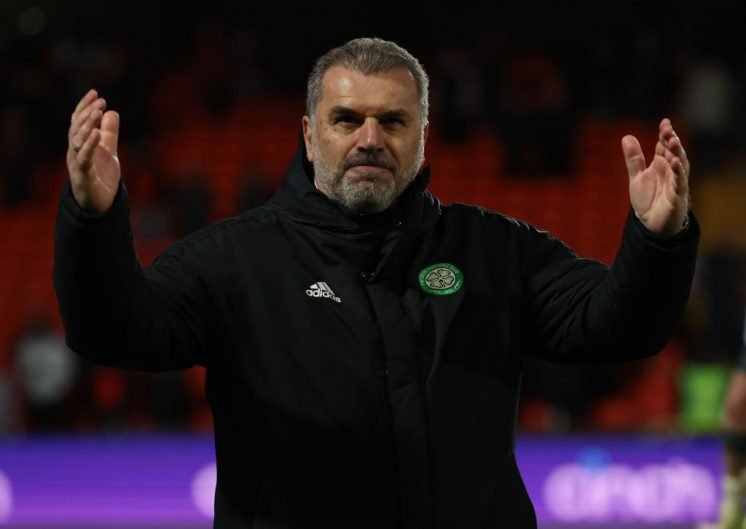 “James is my kind of player and has that attacking intent that can open up defences to make goals, not only for himself, but for others as well… I’m delighted that this deal has been finalised” he said, as quoted by the official Hoops website.

If the decision to give Forrest a new long-term deal was the manager’s idea, then his judgement deserves to be trusted, when you consider just how successful a season he has had in his first year at Celtic Park.

Not only has the manager been successful when it comes to winning trophies – having won the league and Premier Sports Cup – but for the most part his moves in the transfer window have been integral to Celtic getting back to the top of the Scottish game.

Postecoglou must see Forrest as a player that can make an impact at the club, as he handed the winger a start in the recent game against Dundee United which saw the Hoops win the title. Forrest might not start every game for Celtic next season and in the next few years, but his experience as a player over the last decade plus at the club can’t be discounted.

He is a player that those coming through the ranks at Celtic Park should be looking to emulate, as he has had an incredible career in his time at the club. The Celtic boss, who is when all is said and done the most important person at the club, must feel that Forrest has something to offer, and his judgement deserves to be backed.