I get a lot of feedback on my articles asking me why I’m writing about our opposition. Some of it is constructive, most of it is not.

Either way, this does not bother me. As a blogger, it goes with the territory.

There are, however, a few things I need to point out.

While yes, this is a Celtic blog, it is first and foremost, a football blog.

As a result, there are going to be occasions where I deviate outside of the Celtic spectrum and discuss other clubs and other issues.

Since commencing writing on Read Celtic, I have also written about Liverpool, Manchester Utd, the Champions League, Manchester City, English football as a whole and the Ibrox club.

I will continue to write about other subjects, because overall, these subjects are relative to our football club and they affect it, whether we choose to accept that or not.

If we had a fair and balanced media, I and other Celtic bloggers would not have to write about our closest rival.

Under normal circumstances, in any other country, their behaviour would be called out for exactly what it is.

But, as well know in Scotland, the media chooses the route of appeasement.

They choose to See no evil, Speak no evil and Hear no evil.

They will either not write about the behaviour of the Ibrox club – or when they make a pathetic attempt to report on it – they will try to use the two sides of the same coin adage and lump everything under the guise of “Sectarianism”.

Sometimes, even Chelsea fans will be blamed for Ibrox fans behaviour.

More often than not, there is an ignore it and it will go away policy when it comes to all things Ibrox.

Mark my words, deflector shields are going to be fully up after next Wednesday in the aftermath of the carnage that will ensue in Seville.

Police will have baton charged elderly and disabled fans.

Police will have attacked normal Ibrox fans without provocation. 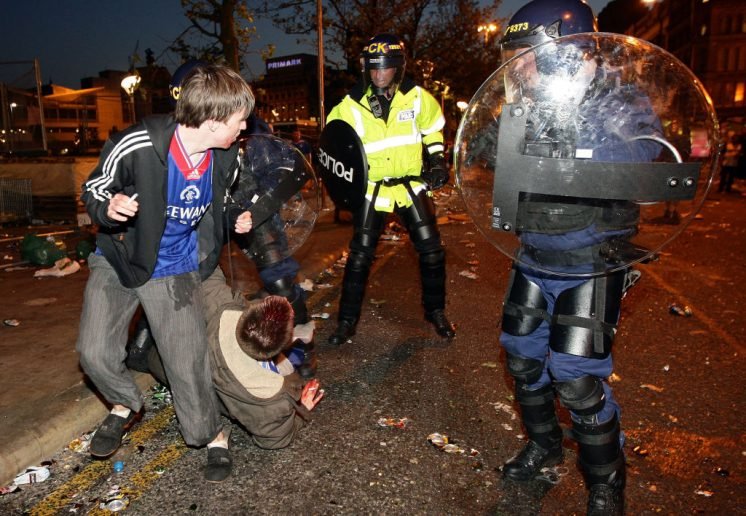 We all know the drill.

Win or lose, this fanbase does not know how to celebrate or behave, without violence being involved.

That isn’t going to change next Wednesday.

It is our duty to call out bullshit as and when we see it.

You think Keith Jackson or Joel Sked are going to report things accurately?

These muppets wouldn’t know impartiality if it hit them in the face!

A lot of bloggers are writing about Seville at the moment and a lot of us are getting questioned as to why we are.

The answer should be pretty plain to most Celtic fans of a certain vintage.

Seville is very close to our hearts for many reasons.

Yes we lost a UEFA Cup final there in 2003, but regardless of that fact, Seville was an amazing experience for every Celtic fan who went there. 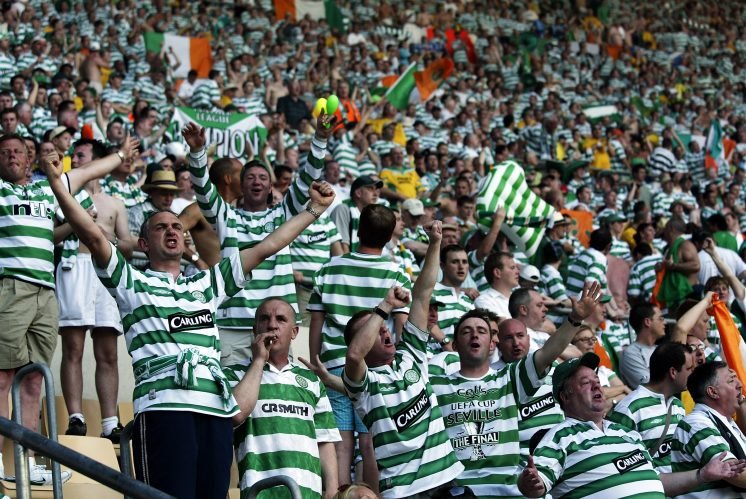 80,000 Celtic fans descended on that city and did nothing but win the hearts and minds of the people who lived there.

We did that with our colour and our celebration of the club we love and we did it peacefully.

It will remain forever in our hearts and memories.

But not only will it remain there, it will also remain in the hearts and memories of the people of Seville, many of whom are still in contact with Celtic fans I know to this day.

We feel for those people, because we know the mayhem that is going to be visited upon them next Wednesday and it is not representative of Scottish football as a whole and we need them to know that. 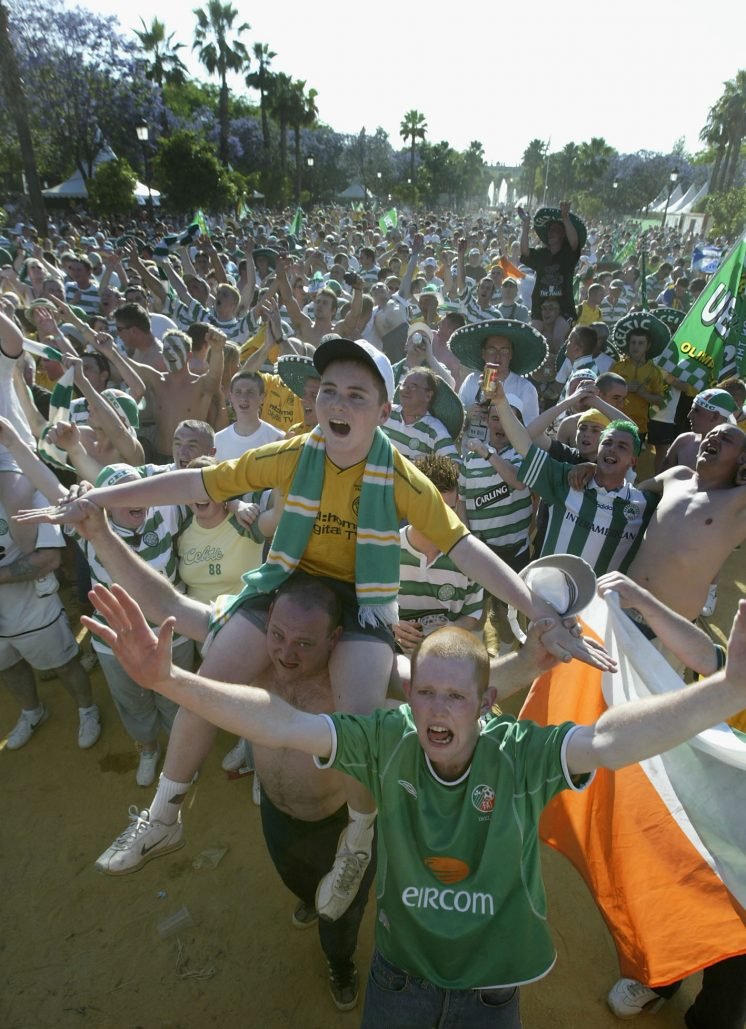 Regardless of that fact, I’m sure there are some who will not see it that way, which for us, will be a disappointment.

So, when the shit hits the fan next Wednesday, the Scottish media will airbrush over it.

They will try to convince us all that Sevillian police attacked innocent Ibrox fans or that Chelsea fans caused all the trouble.

When that happens, I and the other bloggers will tell you the truth of what really happened.

We will continue to tell the truth and this is why our readership gets bigger and bigger and the readership of the SMSM continues to decline.

So the next time you ask me or any other blogger why we’re writing about the Ibrox club, it’s because we want to tell you the truth about what goes on over there.

Whether you want to accept it or not, the way they behave affects our game and in turn affects us.

We ignore that at our peril.